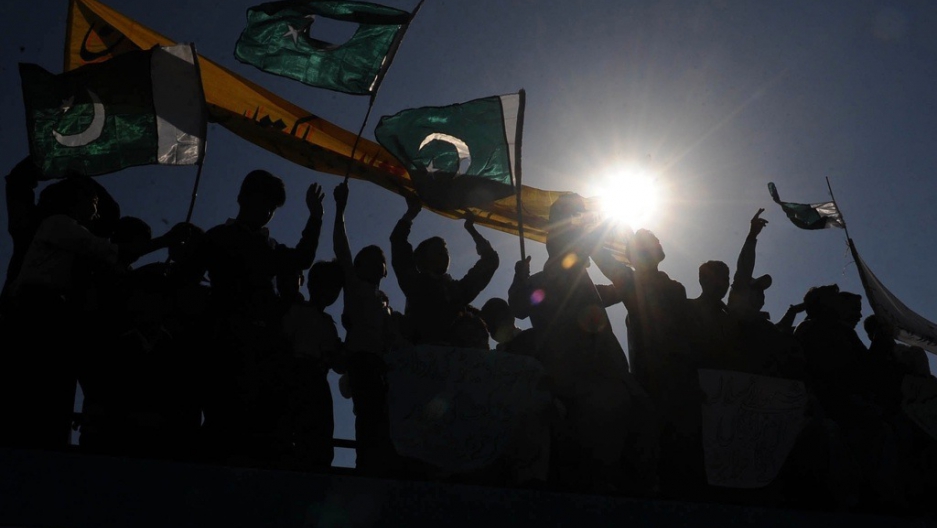 CHAMAN, Pakistan — Little progress has been made to resolve a dispute between Pakistan and NATO as two key routes supplying troops in Afghanistan remain closed for a record 13th day. The standoff is raising fears of shortages, and is further fraying ties between Pakistan and the United States.

For the thousands of truckers stranded along the border, however, it’s a cause for celebration.

“We usually don’t find the opportunity to enjoy life like this,” a smiling Arbaz Khan told GlobalPost. He has worked for a NATO supply contractor for the last three years.

The transport workers, left with no other option, have thrown up their hands and have decided to party. Undaunted by the security concerns, they have turned the border into a carnival, complete with music, barbeques and raucous parties that go until the early hours of the morning.

“Late night parties, dancing to Pashtun music around the bonfire and sunbathing, that’s all we have been doing here for the last two weeks,” Arbaz said with a smirk.

While the party along the border rages, so does a frantic diplomatic race by the United States to reopen the supply routes, which are essential to the war effort in Afghanistan.

An irate Pakistan closed the northern Torkhum and southwestern Chaman borders on Nov. 26 after a NATO airstrike killed two-dozen Pakistani soldiers. The United States says the strike was an accident. But Pakistan remains unconvinced.

The nominal ally also boycotted the Bonn conference on Afghanistan in protest and ordered the United States to vacate Shamsi airfield, which it uses to launch armed drones, by Dec. 11.

Ikram Sehagal, a Karachi-based security analyst, said the closure of supply routes would cause dangerous shortages of essential supplies and could lead the administration of US President Barack Obama to speed its proposed pullout from Afghanistan, which is now scheduled for 2014, if they aren't re-opened.

“If this lasts too long, it may compel the United States to leave Afghanistan in a hurry in order to avoid further loss of life and money. But that would hurt the entire region,” Sehagal said.

The United States had been relying on the supply routes to transport between 70 to 80 percent of its non-lethal supplies into Afghanistan. Pakistani officials said that 10,000 trucks were now waiting at the border.

Although the United States could potentially move supplies into Afghanistan through Central Asia, the option is fraught with logistical problems, especially at the onset of winter, which will make some roads in the region difficult to navigate.

The two-week long closure has stranded thousands of truckers and other workers at the border with oil and other essential commodities, and only modest security to protect them.

Lying under open skies, and facing the chilly winds from the north, some of the workers are concerned for their safety.

“If the Taliban decide to attack us today, we would be an easy target,” said Tabish Ali, a truck driver, as he sat on a rug in an open field along the border, wiling away the hours. “I am not sure who the Taliban’s spies are here. But what I fear is that I have been lying here for the last two weeks, which is enough time for people like them to plan an attack.”

More from GlobalPost: Video: Rehab for the Taliban

Pointing toward to a group of oil tankers parked along the road leading to the Chaman border crossing, Tabish said a single rocket fired by militants would be enough to destroy all the supplies and personnel that have been piling up.

The rest, though, have thrown caution to the wind.

“There is a security concern, but what can I do to eliminate that? So let’s enjoy this wonderful time, because soon we will have to again start that difficult travel schedule,” Khan said, confident that the supply routes would re-open and the party, like all parties, would have to end.