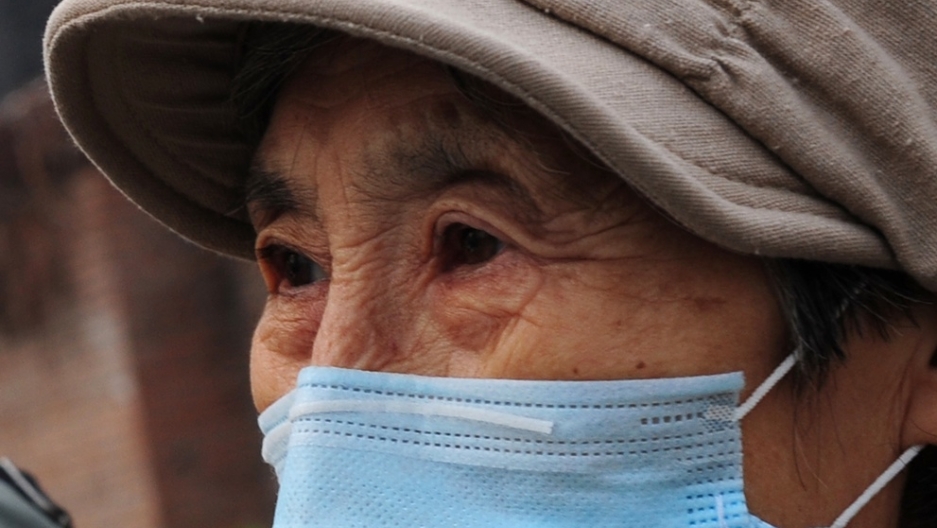 An elderly woman wears a mask as protection against air pollution in Beijing on Nov. 22, 2011.
Credit: Mark Ralston
Share

BEIJING, China — Beijing’s winter winds have never been much cause for celebration, typically prompting locals to grumble and groan about the capital’s harsh, frigid weather.

This week, it seems there are worse things than cold weather. A cold front and strong winds that pushed in on Wednesday drove out some of the worst air pollution of the year, and Beijingers found relief in the gusts.

“The most annoying thing about Beijing used to be the wind; now I love it, because it’s the only way we get fresh air,” said one commenter on Weibo, the Chinese microblog platform.

Hu Sunwei, a shop owner in central Beijing, said the blue skies above Beijing on Wednesday afternoon brightened his mood, even though he wasn’t aware of the serious health dangers posed by the foul air.

For several days so far this winter, the US Embassy’s air-monitoring station has registered the air readings as “hazardous.” An American environmental consultant tallied up the data recently and found that Beijing had unhealthy pollution 80 percent of the time during the past two years.

The long-term impact of that is yet to be seen, but on a more immediate level, residents are well aware of how the foul brown haze affects their moods and productivity.

“I’ve been really tired and slow all week because of the air, but I feel good today,” said Hu, taking a drag on his cigarette. “I hope things stay like this for a while.”

The odds of that aren’t great, if Beijing’s track record so far this year holds. This week, the thick haze that hung over China’s capital forced the Beijing airport to cancel more than 600 flights and created a traffic mess.

With the hassle and the health risks, Beijing’s air pollution has turned into a rallying cry for Chinese citizens, who say the government needs to stop hiding what’s in the air here.

The Twitter feed for US Embassy’s air monitor has gained a large following on the Chinese internet, prompting increasing calls from the public for Beijing to tell the truth about its air quality.

China doesn’t measure the same fine particulate as international standards and the embassy monitors, so its own pollution assessments are far rosier than what’s actually happening. On a typical polluted day, Beijing’s air monitors will show “moderate” air quality, compared with the health warnings issued by the embassy’s feed. China has promised to start measuring the fine matter, but not until 2016.

That’s not fast enough for activists like Ma Jun, who heads a leading Chinese environmental organization.

“We have expressed our opinion that the measurements to tackle air pollution should be implemented as soon as possible,” said Ma. “We can’t wait until 2016. The most polluted cities have to take action first.”

This week, even government-controlled media got into the act, referring to the air problem not just as “fog,” but “smog,” and noting that lung-cancer deaths were rising fast in Beijing.

Still, defenders of the current system have noted that changing tactics suddenly and telling everyone just how dangerous the air is could cause panic and social upheaval — two things not welcome in a country bent on maintaining “harmony.”

Zhang Haibin, an environmental policy expert at Peking University, said the real problem is that people’s expectations are changing faster than reality.

“If we look at the issue from a historical point of view, we can see the air quality in most of the cities in east China, including Beijing, has improved in the past 20 years,” said Zhang.

“Why are people still complaining? I think it is because our demand for better quality of life has increased faster than the environment has improved.”