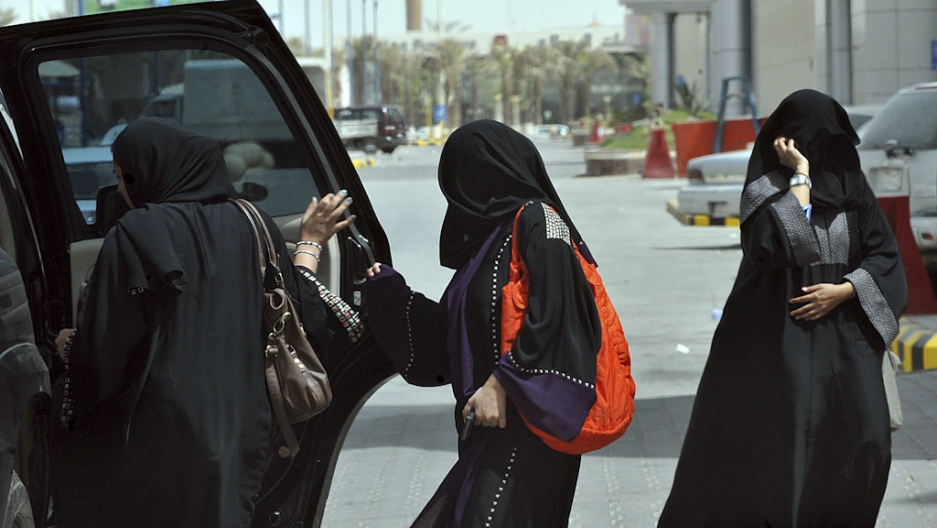 Saudi women get into the backseat of a car in Riyadh on June 14, 2011, three days before a June 17 nationwide campaign by Saudi women who are planning to take the wheel in protest against a driving ban which is unique to the kingdom that applies a strict version of Sunni Islam.
Credit: FAYEZ NURELDINE
Share

A report in Saudi Arabia has found that relaxing a ban on female drivers would mean the end of virginity in the country, the BBC reported.

The report was reportedly prepared for the legislative assembly, or Shura Council, of Saudi Arabia – the only country in the world where women are not allowed behind the wheel.

Within 10 years of the ban being repealed, the report found there would be "no more virgins" in the Islamic kingdom, London's Daily Telegraph reported.

The scholars, who collaborated with Kamal Subhi, a well-known former professor at the conservative King Fahd University, evidenced this “moral decline” by observing that in other Muslim countries where women are allowed to drive, the decline is already visible.

Women who are caught driving in Saudi Arabia are subject to corporal punishment, and Saudi women have mounted several campaigns to try to have the ban overturned, the BBC reported.

In September, international outrage prompted King Abdullah to overturn the sentencing of Shaima Jastaniya, a 34-year-old who was to be lashed 10 times after she was caught driving in Jeddah.

Many Saudi women argue that the ban is illogical as it puts them in daily contact with a male driver, and out of the control of the men in their families.

It is understood the report was drafted in an attempt by the Saudi religious elite to deter the king from reviewing the driving ban, which he has alluded may happen as part of his reforms process.