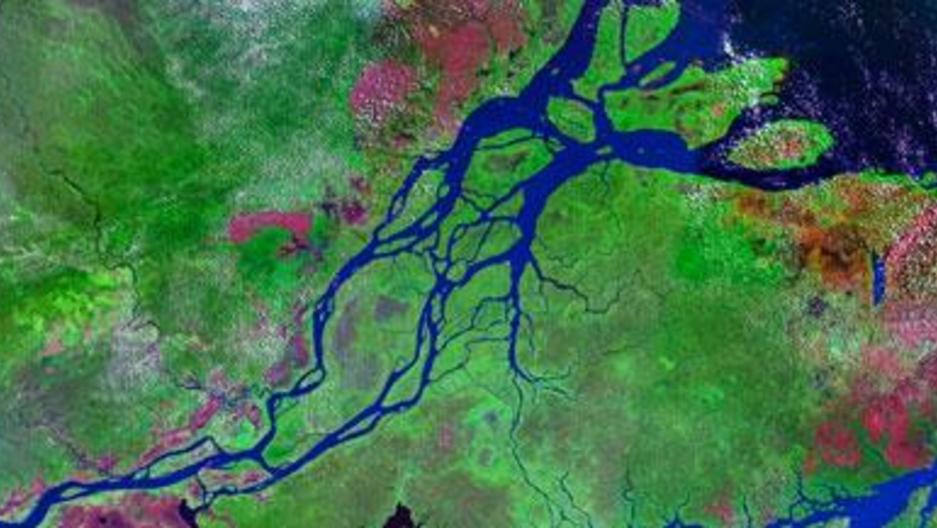 The Amazon Rain Forest is one of the new nominees for a list of the 7 Wonders of the World decided by global voting and with a more natural perspective than previous lists. (Photo from New7Wonders.com)

If you think of the Hanging Gardens of Babylon and the Colossus of Rhodes when you hear about the Seven Wonders of the World, that makes sense.

But a new group, New 7 Wonders, is trying to revise the list in a way that represents global perspectives. And their list of finalists has a decidedly natural bent.

Some 28 places were nominated as new wonders and the group has developed a preliminary list of seven wonders, based on an intial round of voting. People were allowed to vote online or via text message. The online vote is done but the response in Asia was so large that the cell phone votes are still being talied.

Eamonn Fitzgerald, a spokesman for the group, said the hope is that by publicizing the list, local authorities will be able to develop a sustainable plan for tourism to happen in these important places, without threatening their very existence. Many already face irreversible harm at human hands.

"It is up to the custodians of these seven places to put in place some kind of structure that allows for the reality of tourism, but also for sustainable development," Fitzgerald said. "And, if the two can be combined in a very pragmatic and progressive way, there is hope that they can be preserved."

The list of provisional finalists includes the Amazon rainforest in South America, Halong Bay in Vietnam, Iguazu Falls near the intersection of Paraguay, Argentine and Brazil, Jeju Island in South Korea, Komodoo National Park in Indonesia, the underground Puerto Princesa River in the Philippines and Table Mountain in Cape Town, South Africa.

The New 7 Wonders group isn't yet saying which landmark received the most votes, but the Amazon is certainly one of the most well-known landmarks on the planet.

"It’s an iconic symbol of everything about the planet’s environment that is both precious and endangered, and certainly for many on the green side of the political divide, almost a holy significance," Fitzgerald said.

Iguazu Falls also proved popular and received significant support from people in many countries outside of South America, in Great Britain and Scandinavia.

"It is very spectacular. It is very beautiful. And, in the competition, it proved to be very, very popular," he said.

Jeju Island is an example of the sort of place that could really be developed in a way that makes it both more popular and easier to preserve, Fitzgerald said.

"It’s a volcanic island, and so, it has a combination of stone and plant life that is quite unique, and I was immediately aware of the danger posed by commercial development," he said. "What we’re seeing is the emergence of a vast mid-class in China. Let’s say we have two hundred million of the 1.2 billion people who now wish to travel ... And Jeju Island will be one of the places that they would go."

Other nominees that were not selected as finalists included Angel Falls, the Bay of Fundy, the Black Forest, Bu Tinah Island, the Cliffs of Moher, the Dead Sea, El Yunque, the Galapagos Islands, the Grand Canyon, the Great Barrier Reef, Jeita Grotto, Mt. Kilimanjaro, the Islands of the Maldives, Masurian Lake, the Matterhorn, Milford Sound, the Mud Volcanoes, the Sundarbans, Uluru, Mt. Vesuvius and Yushan.