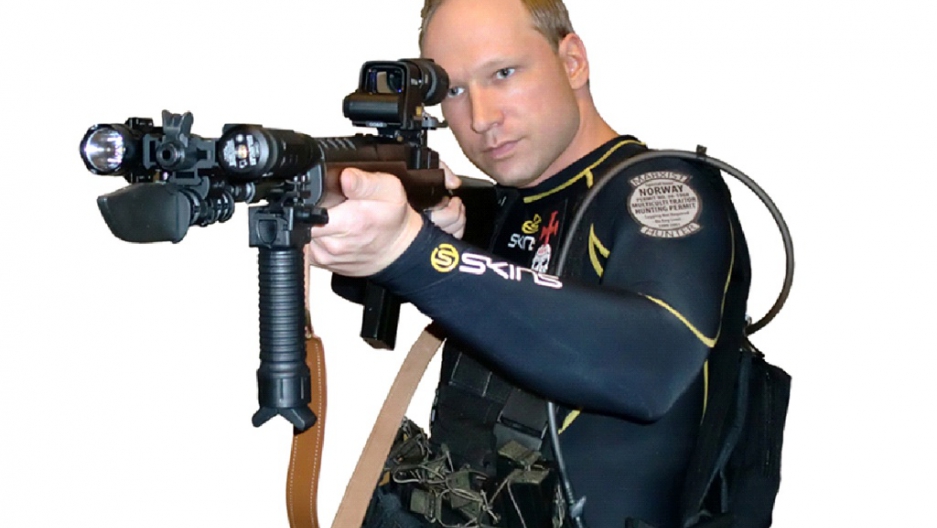 Undated still taken on July 23, 2011 from a manifesto and a video attributed to Anders Behring Breivik that shows him aiming an assault rifle.
Credit: -
Share

Anders Behring Breivik, the man who has confessed to killing 77 people in Oslo in July, has been declared clinically insane, the BBC reported.

They believe he was in a "psychotic state" during the two attacks in Oslo and Utoeya on July 22.

"He is insane. He lives in his own delusional universe and his thoughts and acts are governed by this universe."

Over the course of 13 interviews, Bhering Breivik told court-appointed psychiatrist Torgeir Husby and Synne Sørheim that he was "the most perfect knight since World War 2" and "the future regent of Norway," the Views and News from Norway website reported. The doctors told reporters they had "no doubts" about their diagnosis.

Their 230-page report, reportedly the longest in Norwegian legal history, will now be submitted for review by a panel from the Norwegian Board of Forensic Medicine.

Behring Breivik is due to go on trial on April 16, 2012. It is not yet clear whether thse proceedings will now go ahead as planned, said the BBC:

It is unclear if the conclusions of the report - if approved by the panel - will prevent the trial from going ahead in its current form.

It will almost certainly mean that Breivik is detained into psychiatric care rather than receiving a lengthy jail term.

Courts in Norway usually follow expert recommendations closely, said the Telegraph, suggesting that the diagnosis makes it highly unlikely Behring Breivik will be held criminally responsible for his actions.

The diagnosis came as a shock to Norwegians, local journalist Liss Gøril Anda told the BBC. The media has until now portrayed Behring Breivik as calculating rather than mad, she said, and some will be disappointed that this report reduces the likelihood he will face trial in a normal court.

Diagnosing Behring Breivik as insane could be seen as part of Norway's "attempt to marginalize and silence extreme right-wing opinions," Goril Anda suggested.