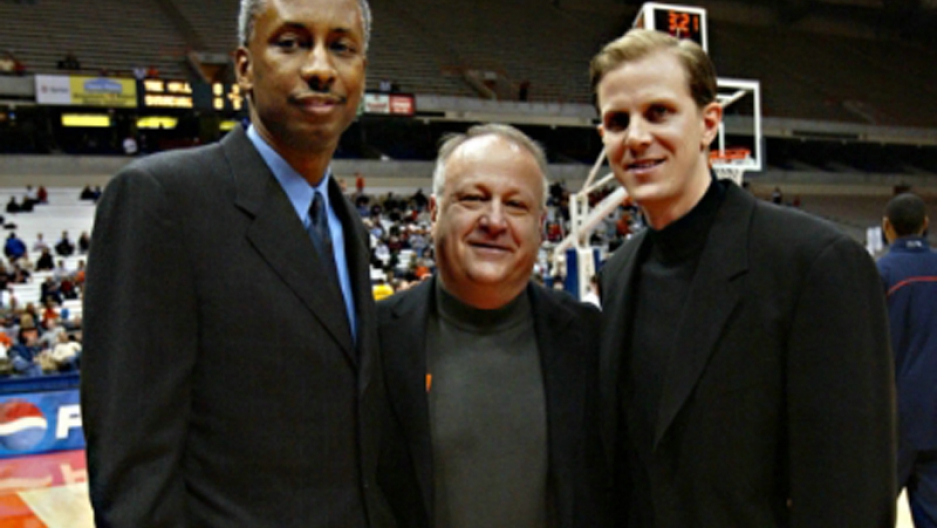 Bernie Fine, the long-time assistant basketball coach at Syracuse University, has been fired effective immediately after a third man stepped forward to accuse the coach of molestation.

Fine, who's been at the school for 36 years, has been investigated in the past but no charges were brought. Now, in the wake of the scandal at Penn State involving Jerry Sandusky, accused of sexually assaulting at least eight boys, the allegations against Fine are getting another look. On Sunday, ESPN aired an audio recording of Fine's wife seeming to admit she knew Fine was molesting boys, but saying she felt powerless to stop him. A third person has also stepped forward and accused Fine of molesting him.

Connor Ennis, college sports editor for The New York Times, said the statements by Fine's wife are odd, even though she doesn't admit to having witnessed anything.

"There's all sorts of fallout. You wonder if parents will worry about sending their kids to sports camp on college campuses," Ennis said.

Both Penn State and Syracuse, as the Catholic Church, investigated these scandals as in-house matters. Ennis said he expects them to now go outside to have these accusations investigated.

"A lot of people think these coaches have become too big in terms of the university universe and schools have too much to lose, policing themselves," Ennis said.

Syracuse basketball coach Jim Boeheim has also come under fire for comments he made when the scandal first broke, essentially labeling the accused money-hungry publicly seekers. He's facing criticism for that stance and, according to ESPN, released a statement Sunday apologizing for those comments.

"The allegations that have come forth today are disturbing and deeply troubling," Boeheim said in a statement posted on ESPN.com. "I am personally very shocked because I have never witnessed any of the activities that have been alleged. I believe the university took the appropriate step tonight. What is most important is that this matter be fully investigated and that anyone with information be supported to come forward so that the truth can be found. I deeply regret any statements I made that might have inhibited that from occurring or been insensitive to victims of abuse."

Fine was fired by Syracuse Chancellor Nancy Cantor. She also sent a message to faculty and staff indicating that the community was "shaken" by events of the past week.

She added that the university is cooperating with authorities as the investigation of Fine continues.