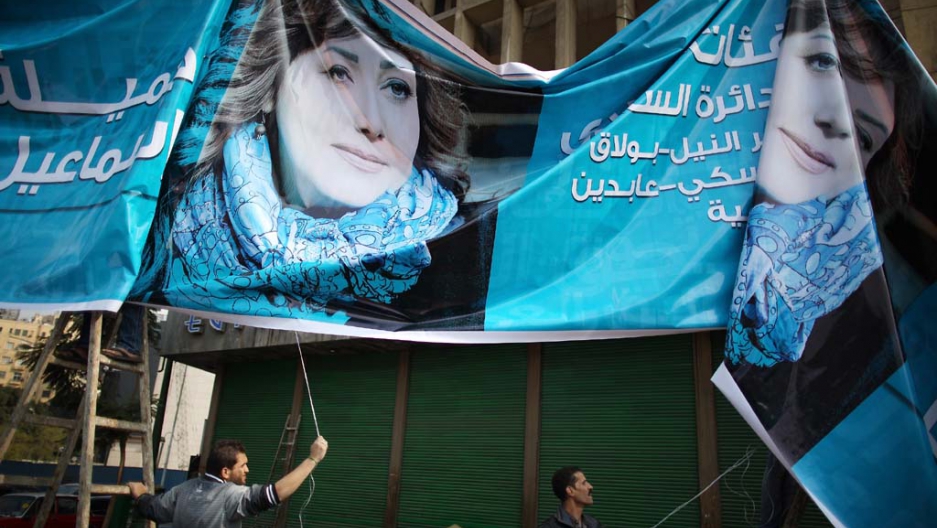 Thousands of Egyptians remained in Cairo's Tahrir Square Saturday, after camping out for another night – and rejecting calls by Prime Minister-designate Kamal Ganzouri to give him "a chance.”

Meanwhile Egyptian medical officials said Saturday that another demonstrator was killed, outside the cabinet building, where protesters had camped out overnight , the Associated Press reported.

In his first public address since he was appointed by Egypt’s ruling Supreme Council of the Armed Forces (SCAF), Ganzouri said would not choose a new government until after parliamentary elections scheduled for Monday, the BBC reported.

But the demonstrators are calling for the elections to be postponed – and for an immediate end to military rule.

Despite the throngs that remain in Tahrir Square, RFI correspondent Alexandre Buccianti, in Cairo, said many Egyptians are prepared to accept the military's concessions.

On Friday, more than 100,000 Egyptians jammed Tahrir Square for another mass rally, breaking into chants of Ganzouri is “Illegitimate! Illegitimate,”  the AP reported.

The SCAF, which is tasked with overseeing a transition to civilian rule, has repeatedly said the protests will not derail Monday's vote.

This comes after the civilian cabinet, which had been appointed by the military, resigned earlier this week.

The White House on Friday issued a statement calling for a “full transfer of power to a civilian government as soon as possible.”

The Egyptian health ministry said that 41 people have died and more than 2000 injured in clashes between police and protesters, which began last Saturday, Agence France Presse reported.

The SCAF on Thursday apologized for the deaths.