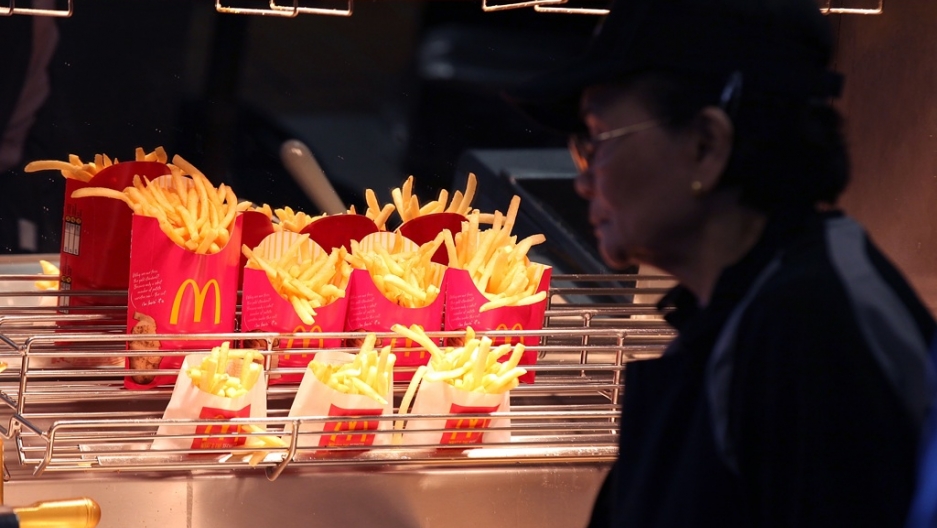 BOSTON — It takes time to remember the names of America’s founding fathers, and learning the story of the pilgrims and their storied first feast. But there’s one American custom newly arrived immigrants rarely need help embracing: gaining weight.

After moving to the United States, immigrants begin to pack on more and more unhealthy weight as they become accustomed to the American way of living — and eating, according to medical studies.

More from GlobalPost: Some South Africans wonder: Has freedom made us fat?

About 8 percent of immigrants who have lived in the United States for less than one year are obese. After 15 years, that number jumps to 19 percent, according to a report by Northwestern University professor Mita Sanghavi Goel in the Journal of the American Medical Association.

Globally, the United States has consistently ranked as one of the fattest developed countries, according to the World Health Organization’s annual rankings. One third of US adults, or 33.8 percent, are obese, per statistics from the Centers for Disease Control and Prevention.

Goel’s study attributes the rise in obesity among immigrants, which is the fastest-growing segment of the US population, to a few different factors, including a lack of access to health care and not enough discussions about weight with health-care professionals.

Among some advocates who work on health and obesity among immigrant populations, two related issues stand out: poverty and cheap fast food.

Immigrants in the United States typically “walk less, ride more, watch more television and eat a diet higher in fat and sugars,” according to Lucy M. Candib of the Family Health Center of Worcester, Mass.

“They have less access to homegrown and local vegetables and are more likely to eat fast foods, as well as fried foods and sugary drinks widely accessible from vendors on the street,” she said in a 2007 article for the Annals of Family Medicine.

Candib also found that the children of immigrants might be at an even higher risk of obesity than their parents.

Guanzon said when she approaches some of the younger Nepalese children who live in her building to go for a walk around the neighborhood, the kids start begging for a trip to McDonald's.

More from GlobalPost: Obesity: Not just a Thanksgiving problem (PHOTOS)

Margaret Malarkey, who works in community and donor relations at the Immigrant and Refugee Community Organization (IRCO), said that she also notices the unhealthiest weight gains in the second-generation Americans her organization serves in Portland, Oregon.

In US schools, children are not getting the necessary amount of nutrition recommended by the US Department of Agriculture. Congress blocked a proposal last week that would have added more fruits and vegetables to lunch menus and sparked outcry with its decision that pizza still counts as a vegetable.

Guanzon, whose apartment complex is near a community garden that provides refugees with healthy foods, said the beginning of the refugees’ new lives in the United States is a critical time in adjusting to society and getting to know American culture and habits.

The experiences and background each refugee or immigrant brings with him has a profound effect on how quickly the person adapts to the United States, according to Malarkey of IRCO.

The agency’s African and Somali clients, often coming from refugee camps, sometimes spend the first few weeks in the United States hoarding food, sometimes hiding it under their beds, because they are used to having to protect their food from thieves, she said.

But Malarkey said that after a few years, clients have adjusted and weight gains are noticeable.

“In a couple of years, they go from such lack of nutrition to the other side of the spectrum, because all of a sudden they’re in America, with an abundance of cheap, unhealthy food,” she said.