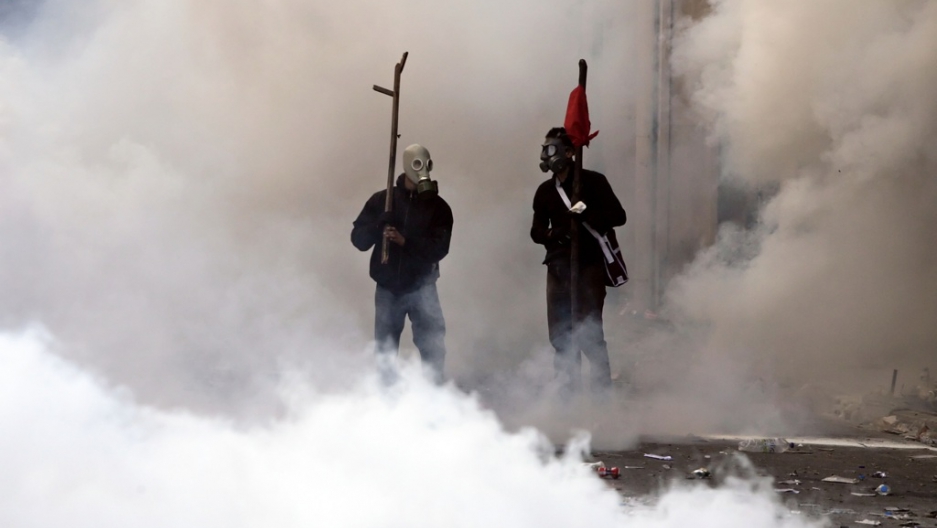 Demonstrators clash with police on Oct. 20, 2011 in Athens, Greece. Despite another massive bailout, experts are asking, is Greece ungovernable?
Credit: Milos Bicanski
Share

Athens – Making good on its vow to stop tax evasion, the Greek government has arrested several high-profile businesspeople alleged to owe millions of dollars to the state.

Tax dodging costs Greece more than $20 billion per year and is one of the reasons why the country is mired in debt and living month-to-month on international bailouts.

On Monday, Constantinos Giannikos was arrested for allegedly withholding $1.5 million in value-added tax (VAT), according to the independent Kathimerini newspaper. Giannikos is the president of the private television station Alter.

“This is the result of an outcry by the society that justice is not done,” said Costas Bakouris, chairman of the Greek chapter of Transparency International, an anti-corruption organization. “It’s a step in the right direction, no question about it.”

Earlier this month, charges were brought against a 62-year-old businessman accused of withholding almost $11 million in VAT. Two other businessmen were arrested in Thessaloniki, Greece’s second-largest city, for allegedly failing to pay their back taxes, amount to $190,000 each.

Local television reported that a Thessaloniki clothes retailer was brought before a judge late last month for allegedly withholding $550,000 in VAT.

Bakouris said there is “a lot of work to be done” before Greece can declare victory because the system is so dysfunctional.

Indeed, a recent report from a European Commission task force noted that Greeks owe $82 billion in unpaid taxes but that the government’s efforts to collect are hampered by a clogged court system.

The task force is assisting the Greek government improve efficiency in areas including tax collection and overall public sector management.

Tax evasion over the years has practically become a sport in Greece, all while the government overspent and piled up hundreds of billions of dollars of debt.

The task force’s first quarterly report said “some [tax cases] have been running for over a decade.”

Over the past 18 months, the country has actually made progress on improving tax collection, in part thanks to project management teams from the International Monetary Fund, the report said.

It said in the first half of this year, $154 million in tax arrears have been collected “by just a handful of staff using newly introduced methods.”