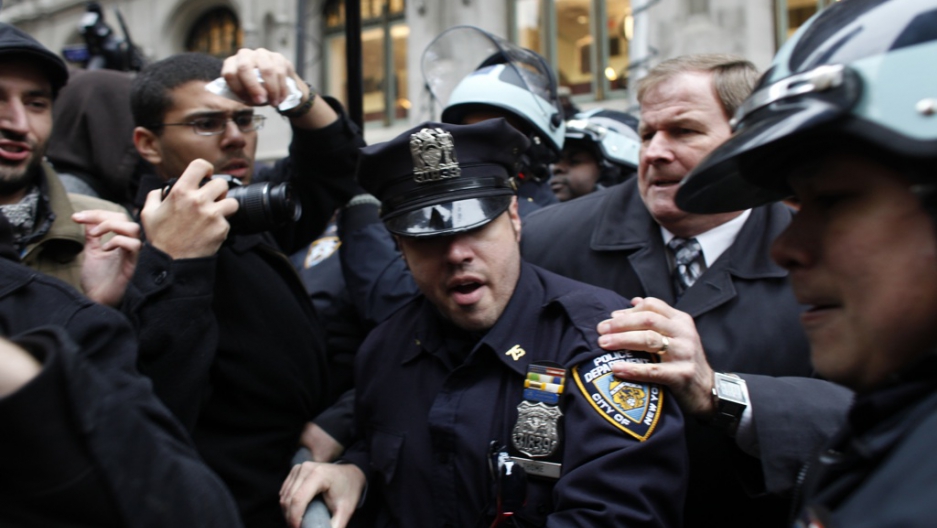 A protester affiliated with Occupy Wall Street is arrested a few blocks away from the New York Stock Exchange on Nov. 17, 2011, in New York City.
Credit: Mario Tama
Share

According to the New York Observer, Lewis joined the Occupy movement on Tuesday.

Lewis retired from the Philadelphia Police Department in 2004.

In this video, which emerged on Tuesday, Lewis gives a message to the NYPD.

“All the cops are just workers for the one percent, and they don’t even realize they’re being exploited,” Lewis said. “As soon as I’m let out of jail, I’ll be right back here and they’ll have to arrest me again.”

At least 200 people have been arrested so far for peaceful assembly and nonviolent civil disobedience, the New York Observer reported.  The following video shows Lewis, in uniform, being arrested by NYPD: