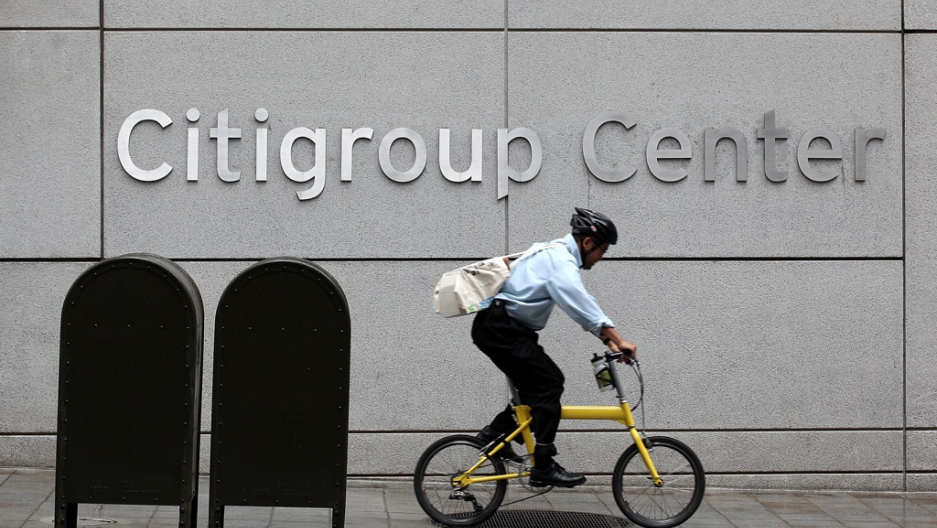 A cyclist rides his bike past the Citigroup center on April 18, 2011 in San Francisco, California.
Credit: Justin Sullivan
Share

Another big Wall Street type has reportedly spoken out on the Occupy Wall Street protest movement, which is ongoing across the United States and now spreading to cities around the world.

More Occupy World from GlobalPost: Why Zuccotti Park has nothing on Dhaka

According to the Wall Street Journal, former Citigroup chairman and chief executive Sanford Weill said it is a "pretty good time" for wealthy Americans "to be quiet."

But that's not all. Weill is also putting his giant pile of money where his mouth is.

Weill told the Journal that he's selling his posh Penthouse apartment in New York City, and will donate the proceeds to charity.

"We don't need as big an apartment as we did," Weill told the WSJ. "We are downsizing a little bit."

In 2007, Weill and his wife paid $43.7 million for the place, or what works out to more than $6,400 per square foot. That was the highest price per square foot at the time, according the Journal.

More Occupy World from GlobalPost: Chileans take to the streets

Weill, who stepped down as Citigroup CEO in 2003, is a noted philanthropist. He's served on boards or given money to a number of cultural institutions (he's the chairman of the board of Carnegie Hall), and universities (Cornell and the University of Michigan).

In addition to the Weills, the Central Park West building has some other famous tenants: Sting, Denzel Washington, and Goldman Sachs chief Lloyd Blankfein.

“Instead of vilifying our most successful businesses, we should be supporting them and encouraging them to remain in New York City and continue to grow,” Paulson said.