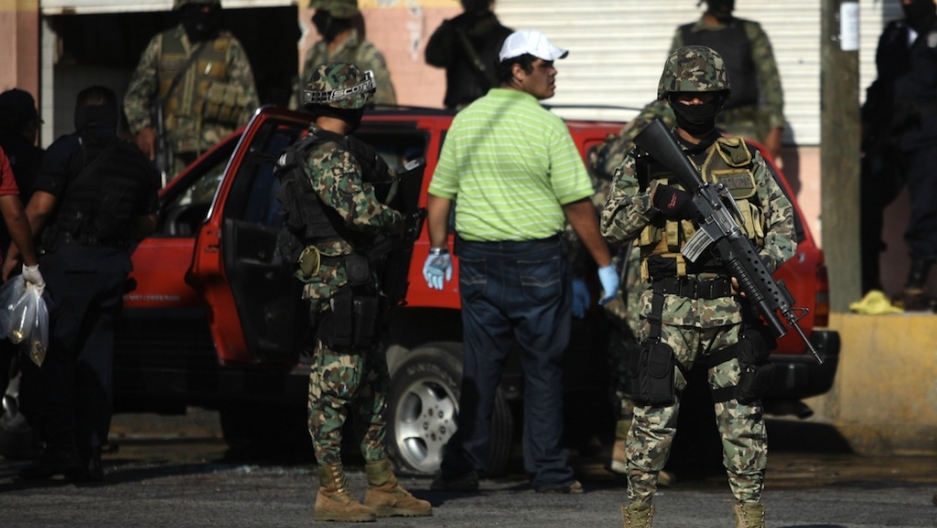 A group of influential NGOs in Washington on Thursday called on the U.S. government to reduce military aid to Mexico and replace it with more help building Mexico’s institutions.

Presenting a joint report, entitled “A Cautionary Tale,” the NGOs argued that the U.S. help to Mexico has been too centered on support of its army and marines.

While the soldiers have been shooting down drug cartel capos and hit men across the country, they have also been accused of widespread human rights abuses, including torture, murder and forced disappearances.

“The only way out is for citizens to live with a government—not just a military, but a government,” said report co-author Adam Isacson of the Washington Office on Latin America. “And that includes a justice system with the tools to stop that government’s representatives from abusing citizens or working with criminals.”

Since the Merida Initiative was signed in 2007, the U.S. government has underwritten the war on drugs in Mexico with some $1.8 billion worth of training and equipment, including Black Hawk helicopters.

However, during this time there have been more than 40,000 drug related murders as cartels fund death squads to fight each other and the security forces.

The NGOs argue that the Merida Initiative is fast resembling Plan Colombia, in which the U.S. eventually spent some $8.5 bolstering the Andean nation.

While Plan Colombia helped reduce the power of drug traffickers and guerrillas, it also supported an army that killed hundreds of civilians.

“The right choice is not to fund an abusive army,” said report co-author Lisa Haugaard of the Latin America Working Group.

On Wednesday, the New York-based Human Rights Watch released its own report, in which it documented cases of abuse by Mexican security forces in five states.

In total, it found 170 cases with credible evidence of torture, including waterboarding and electric shocks, 24 cases of extra-judicial killings and 39 forced disappearances.