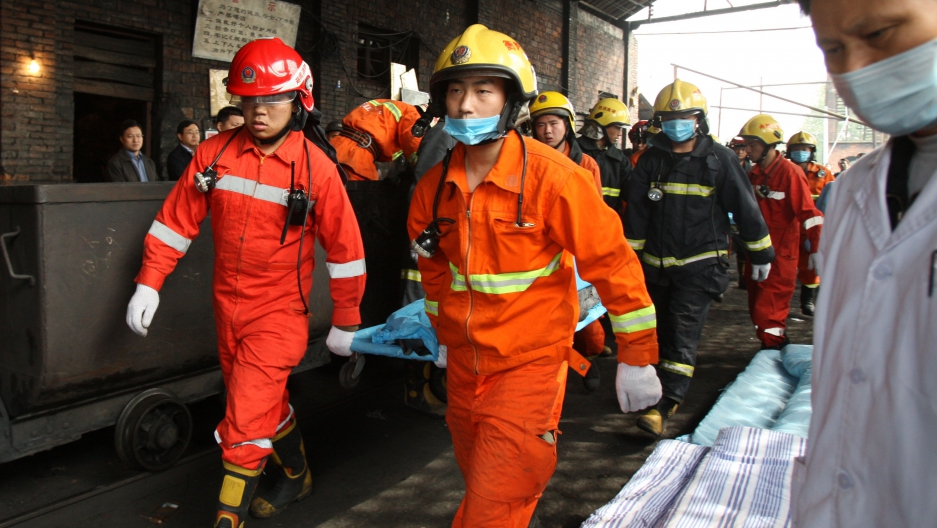 Emergency workers and medics, who have been searching a mine in southwest China for workers who were trapped after a blast, found that at least 20 workers were dead and another 23 are still missing, the Associated Press reported.

As hundreds of rescuers are deployed to save the remaining workers, their efforts are being hindered by a gas leak. Ventilation machines are pumping gas out of the shaft, while rescuers take turns searching the mine, the AP reported.

"Eighteen rescue workers are down in the coal mine, but the high levels of gas could cause an explosion, making it hard to progress with the rescue," said Tan Xiaopeng, the head of the local firefighting department, the AP reported.

The mine was hit by a “coal and gas outburst,” which is the ejection of rock and gas from a coal face, the BBC reported. More than 30 ambulances were sent to the mine and two senior government officials were headed to the site to oversee rescue efforts, the AP reported.

The accident happened at the Sizhuang mine in Quijing of the Yunnan province. China’s coal mines are known to be the deadliest in the world due to lax safety standards and a rush to feed demand from the robust economy, Reuters reported. This disaster comes only days after another mine in the Henan province experienced a rock burst that trapped workers, killing 10, the BBC reported.

Mine accidents resulting in deaths and injuries appear regularly in state media. In 2010, 2,433 people were killed in mine accidents in China, Reuters reported. One of China’s most dangerous years on record was 2002, with 6,995 deaths, CNN reported.