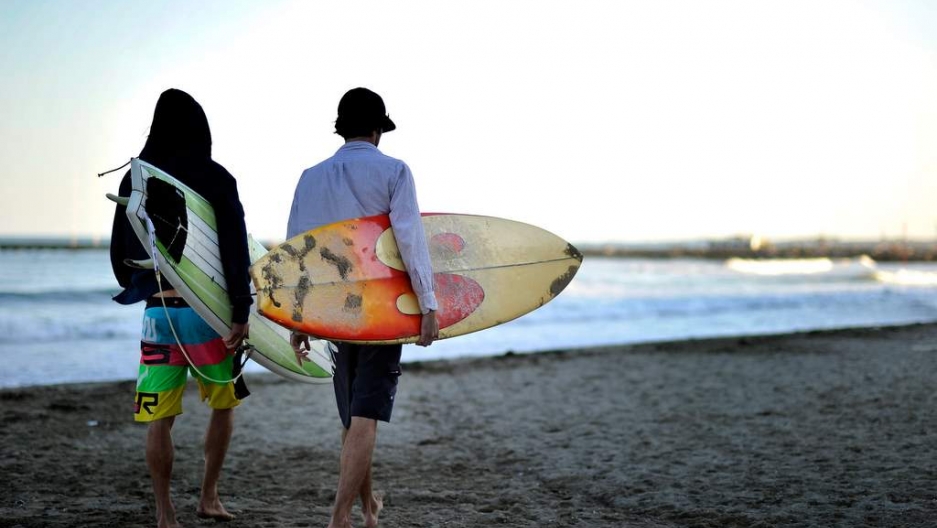 Surfer Garrett McNamara is claiming a world record after riding what he says was a 90-foot wave, and he's got video he says proves it.

ESPN reported that if McNamara's claim is accurate, it would beat previous "biggest wave ridden" claims by at least 10 feet. McNamara performed his feat off the coast of Portugal, during the ZON North Canyon Show 2011. According to SuferToday.com, McNamara was "tow-in surfing" with Andrew Cotton and Al Mennie when he caught the big one.

"Everything was perfect, the weather, the waves," Mennie said. "Cotty and I surfed two big waves of about 60 feet and then, when Garrett was ready came a canyon wave of over 90 feet. The jet ski was the best place to see him riding the biggest wave I've ever seen. It was amazing. Most people would be scared, but Garrett was controlling everything in the critical part of the wave. It was an inspiring ride by an inspiring surfer."

McNamara, born in 1967, is described on his website as "arguably the most committed ocean explorer in the world" and "one of only 2 human beings ever to ride tsunami waves generated by calving glaciers in Alaska in the summer of 2007."

Watch the video of his latest achievement: