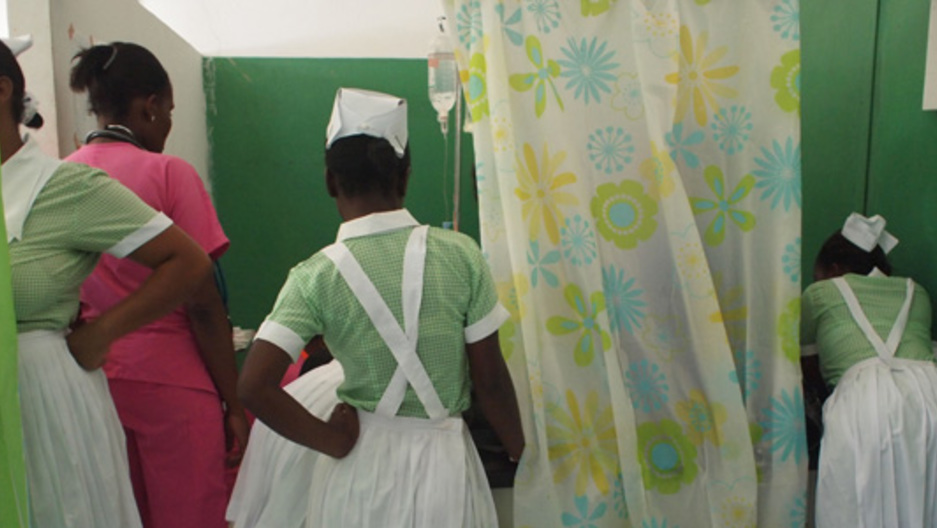 Nursing and midwifery students crowd around to observe as midwives help a woman deliver a baby. (Photo: Jenny Asarnow)