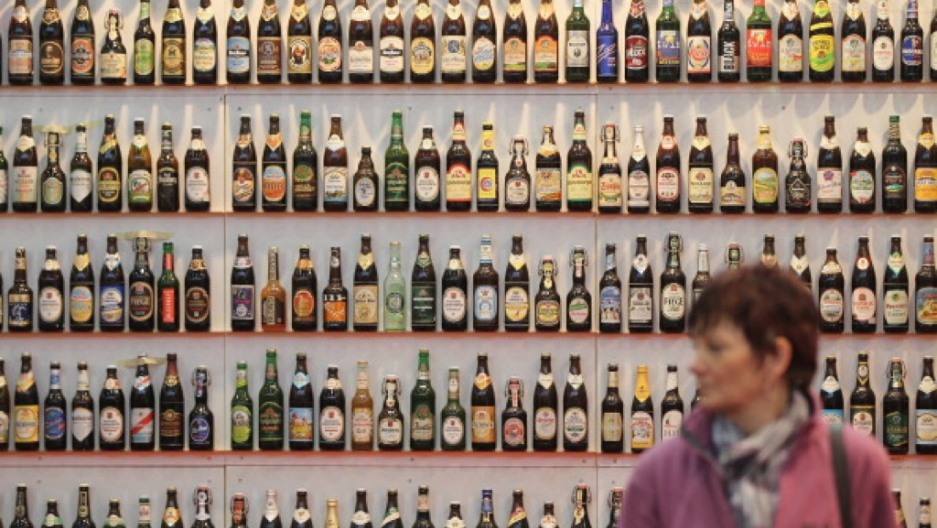 A woman walks among hundreds of bottles of German beer, meant to represent the approximately 5,000 brands of German beer, at a stand at the 2011 Gruene Woche international agricultural trade fair at Messe Berlin on January 21, 2011 in Berlin, Germany.
Credit: Sean Gallup
Share

"Evita" is a lager beer, “17 de Octubre” is a Black porter; “Montonera" is a pale ale and the “double K” is particularly strong.

All are named for important players or dates in Argentina's Peronist movement.

They're currently only sold at the "Peron Peron" restaurant in Buenos Aires, but one of the restaurant's owners said he had received orders from collectors in Spain and Germany, reports MercoPres.