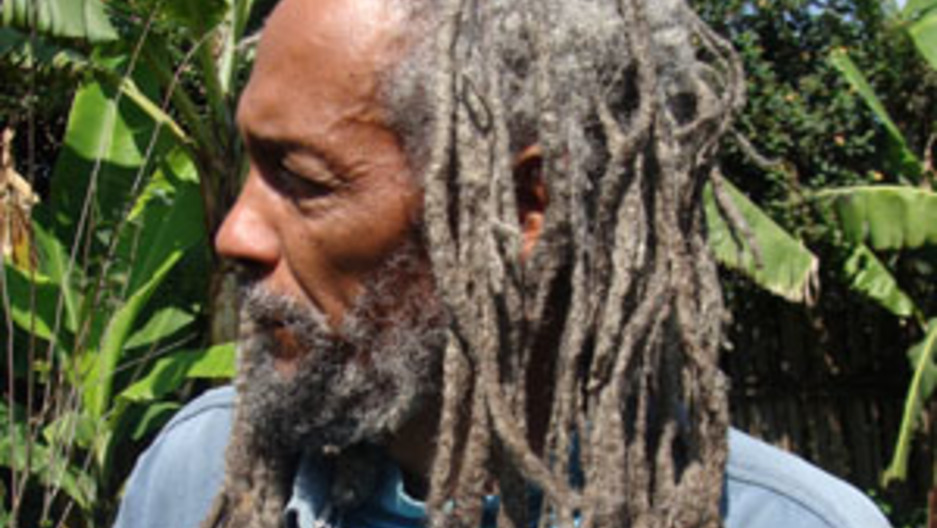 Share
by Megan Verlee Rastafarian artist Bandi Payne leads visitors through the jungle-like garden that surrounds his house in Shashamane, pointing out the many trees he's planted in his two decades here. "That's guava, my guava tree. Tangerine, banana trees and… that is cassava," Payne said pointing to the shrubby plant. Payne was born on the Caribbean island of Saint Vincent, but long wanted to make Ethiopia his home. Rastafarians — whose religion follows an afro-centric reading of the bible — believe that Ethiopia's last emperor, who died in 1975, was the Messiah, fulfilling the Biblical prophecy that kings would come out of Africa. That belief that Africa is the Promised Land makes moving here a life goal for many Rastafarians. "Rich is not the right word for it — it's more than rich, it's sweeter than honey, more valuable than pearls the culture, very strong," Payne said. But while Rastafarians consider their arrival in Africa a homecoming, Payne said local Ethiopians don't look at it quite the same way. "They need to give us a special welcome here, man. People who were taken away from Africa, now they come back home, they should welcome us back. Don't think they have to have us as foreigners. So we're working up on that, but it's an uphill struggle," he said. Relations between the Rastafarians and their Ethiopian neighbors have never been great. Rastafarians moved to Ethiopia to create their perfect religious community, not necessarily to fit into the culture. Different languages and beliefs keep the two groups apart. Most Ethiopians are Orthodox Christians, without much interest in Rastafarian beliefs. The Twelve Tribes of Israel On Friday nights, members of a Rasta organization called the Twelve Tribes of Israel host parties at their headquarters. Reggae plays as people gather to drink beer and catch up. The smell of marijuana, a sacrament for Rastas but illegal for Ethiopians, hangs in the air. "The rest of the Ethiopian people know them about this hashish, ganja. That's not good too. Even they spoil our kids there," said Wihibe, a former schoolteacher who goes by just one name. Sitting at a local café, he said the Rastafarians generally keep to themselves, coming into town only to shop. Wihibe used to work at a Rastafarian school but said he left because of the attitude. "They feel like they are superior then us. They assume themselves as [more] educated and literate than the original Black people here," Wihibe said. Rastafarians are starting to take complaints like this seriously and making more of an effort to be involved in the cultural life of their adopted home. Priest Paul Phang is the Rastafarians elected leader. "If it is our home then we have to fight, eh? Not literally, taking arms or whatever. But make sacrifice to bridge gaps," he said. Colonialism Rastafarians consider themselves the victims and opponents of colonialism in the Americas, so they say it hurts to be seen as colonizers themselves. Phang said he's been sending representatives to community meetings and holiday celebrations. "These are part of the things that the people wanted maybe to see us really within, to show ourselves," Phang said. "Because if we say we're African, we're not really, we're selfish, we've just been by ourselves, not knowing the next side of the culture or whatever." But not all Rastafarians are interested in assimilating. Increasingly, they're heading to other African countries, like Ghana and South Africa, where the culture and government have proved an easier fit for Rastafarians seeking Zion. This story was produced in collaboration with the International Reporting Project.