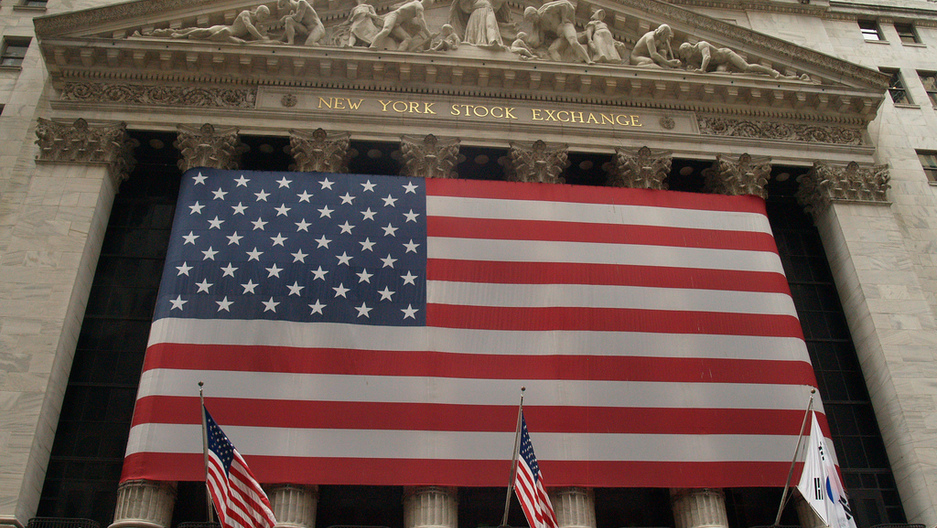 The New York Stock Market and other global markets tumbled Tuesday after a proposal by Greece to lets its citizens vote on the new austerity measures being imposed. (Photo by Flickr user Dannels, cc-by-sa.)

Greek Prime Minister George Papandreou stunned European leaders, and financial markets, with an announcement Monday night that his government would hold a referendum on a new aid package for Greece.

Papandreou spoke to the Greek Parliament and talked about how Greece has a duty to highlight the responsibility of its citizens.

"The citizen is the source of strength and our very existence. We trust the citizens."

A fitting speech from Athens. After all, the city is the birthplace of western Democracy.

This was the latest chapter in the Greek debt crisis that’s been playing out for a year-and-a-half now. But Monday's call for a referendum was much more than just another bump in the road. If voters say no, they’re essentially saying, "we don’t like the conditions you’ve placed on us and we won’t pay back our loans."

"It’s a big deal because if Greece goes into default, that will have repercussions all across Europe," said Bhaskar Chakravorti, senior associate dean for international business at the Fletcher School at Tufts University. "That could bring Europe to recession. And then, by transference, that would take the United States potentially back into a recessionary environment."

"Problem number two is many of the U.S. banks have financial interconnections with the banking system in Europe," said Chakravorti. "And if a deal isn’t struck in Europe, then that will have an impact on the US financial services industry."

Matthew Slaughter, associate dean at the Tuck School of Business at Dartmouth, put the call for a referendum in starker terms.

"The news from Greece raises the possibility it will somehow lead to an event like the fall of 2008 with the Lehman [Brothers] bankruptcy and the dramatic world financial crisis," Slaughter said.

Nobody wants that. And that’s why many European leaders reacted with anger Tuesday over the Greek prime minister’s call for a January referendum on the latest bailout package. They say the Greeks got the best deal they’re going to get and Greek leaders are now abdicating responsibility.

"Many people in the Eurozone countries do not want Greece in the euro, they think that Greece probably cannot be saved," said Charles Grant with the Centre for European Reform.

As for how the Greeks see things, Grant said the call for a referendum is about much more than just a bailout and the conditions that accompany it.

On Sunday, a Greek newspaper poll suggested that a majority of Greeks viewed the bailout deal negatively. At the same time, Greeks generally favor staying in the Eurozone.

All this discussion might be moot by the end of the week. Greek lawmakers today called for a vote of no-confidence against Prime Minister Papandreou. If his government falls, it would likely cancel his referendum idea, too. It could also delay any European debt deal, if not kill it entirely.

So what happens then?

"We are in completely uncharted waters now," said economist Yanis Varoufakis at the University of Athens. "The Greek social economy is imploding. The political system, as a whole, lacks legitimacy with the Greek people."

If Greece does default on its loans, it would have severe repercussions for the world’s financial system. But it would hurt the Greeks a lot more than the rest of us. Slaughter said if Greece defaults, it won't be able to get any loans in the future.

"History shows that when countries choose to default on their debt obligations to the rest of the world, they typically, for many years, sometimes decades, cannot regain access to international credit markets."

"A lot of people say, 'Well, uncertainty is good because that’s how investors make money,'" said Chakravorti. "But this is not the kind of uncertainty that is good for anybody."