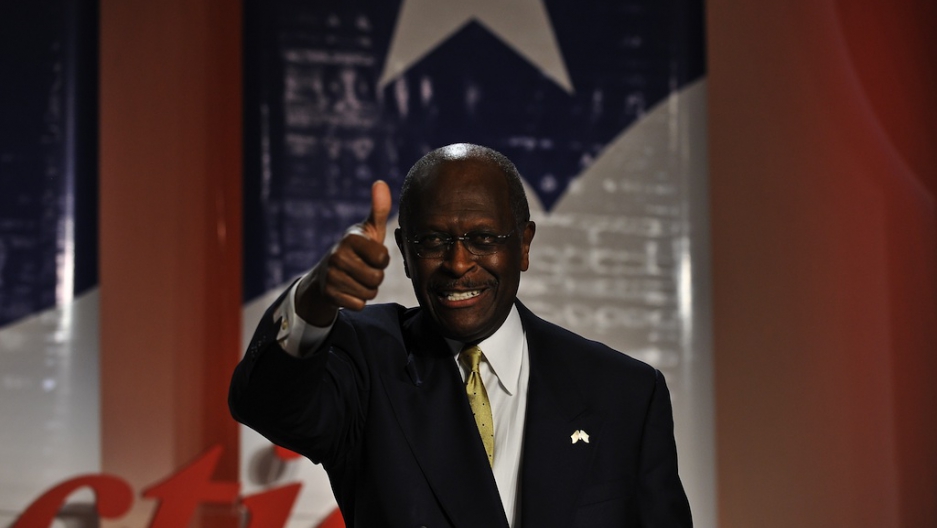 Republican presidential candidate Herman Cain said Monday that no one should be worried about his grasp of global politics and lack of foreign policy experience. Foreign policy is simple, he said -- it's like making pizza.

Speaking at the National Press Club, Cain said that he would apply the lessons he learned in the pizza business to fixing America's "foggy foreign policy." Cain worked as the CEO of Godfather's Pizza and says that it taught him lessons on everything from local politics to national security.

I don’t believe that you need to have extensive foreign policy experience if you know how to make sure you’re working on the right problems, establishing the right priorities, surrounding yourself with good people, which will allow you to put together the plans necessary to solve the problem.

When I went to Godfather’s Pizza in 1986, the company was supposed to go bankrupt. I had never made a pizza, but I learned. And the way we renewed Godfather’s Pizza as a company is the same approach I will use to renew America. And that is if you want to solve a problem, go to the source closest to the problem and ask the right questions.

Cain said the problem of the United States is that the country has lost its focus and needs some "foreign policy common sense," Foreign Policy reports.

Cain also said he would change how the United States gives out foreign aid.

Not everyone was impressed with Cain's attitude towards the world. A blog on Think Progress argued that the presidential candidate should take foreign policy issues more seriously.

"Despite Cain’s new professed expertise, he’s still just offering up platitudes and not engaging in how his potential presidency would actually affect the U.S. around the globe," it states.