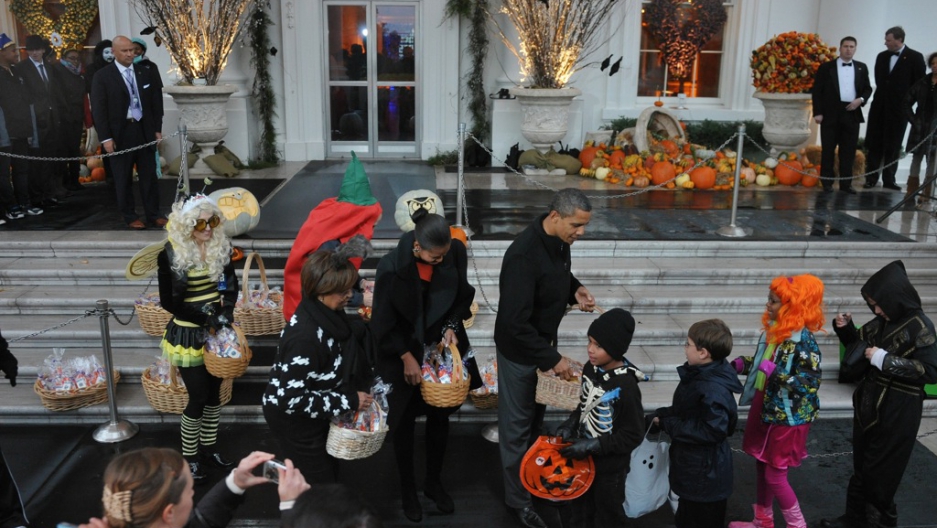 Pastor Paul Ade wants October 31st to be associated with Jesus, not creepy costumes and candy, reports the Calgary Herald.

That's why he's urging members of his congregation to wear white and hand out bibles on Halloween night.

The so-called godly alternative to Halloween, which has its roots in both pagan and Christian traditions, is being dubbed "Jesus-ween".

As he told Gawker:

"I think it's an activity that doesn't have anything to do with Christians. [...] Halloween is not consistent with the Christian faith. Many people say they feel uncomfortable on that day. We think people should choose an alternative activity."

Ade has 200 "kid-friendly" bibles ready for distribution on Monday.

He claims his idea is also winning fans further afield, with supporters planning similar initiatives across Canada, the U.S. and the U.K.

According to the movement's website, Jesus-weeners are not trying to get rid of Halloween - nor are they against candy. They say they were simply inspired by God to take the opportunity to spread the gospel.

They advise participants to take a non-confrontational approach when answering the door to candy-hungry trick-or-treaters:

"Just say, 'Jesus loves you.' Please don't get into any argument of some sort."

Most people surveyed by local TV station CTV Calgary were opposed to Jesus-ween.

Objections ranged from the ideological:

...to the purely epicurian:

"I'm not really religious, so I'd rather have candy. But I guess it's cool, promoting their religion."

Jesus-ween has attracted ridicule from comedians including Stephen Colbert, who called the movement a "war on Halloween" and said Jesus was the original zombie.

But Jesus-ween spokesperson Cynthia Brown turned the other cheek, telling the Christian Post:

"The secular world thinks that if they ridicule or mock us we'll give up. We won't. We hope more people will get to know Jesus and believe it will go all over the world."