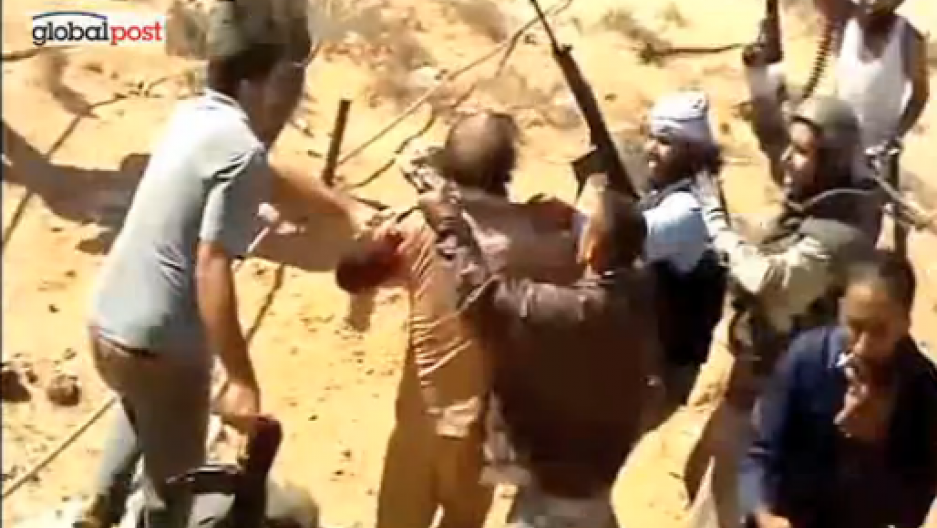 WARNING: IMAGES BELOW ARE PARTICULARLY GRAPHIC AND UPSETTING.

SIRTE, Libya — An analysis of video obtained by GlobalPost from a rebel fighter who recorded the moment when Col. Muammar Gaddafi was first captured confirms that another rebel fighter, whose identity is unknown, sodomized the former leader as he was being dragged from the drainpipe where he had taken cover.

A frame by frame analysis of this exclusive GlobalPost video clearly shows the rebel trying to insert some kind of stick or knife into Gaddafi's rear end.

GlobalPost correspondent Tracey Shelton said there is some question as to whether the instrument was a knife from the end of a machine gun, which Libyans call a Bicketti, or some kind of stick.

This latest video discovery comes as international and human rights groups call for a formal investigation into how the former Libyan leader was killed. In video clips that have emerged of his capture, Gaddafi can be seen injured but alive. Later he is seen with what appears to be gunshot wounds to his head and chest. According to the Geneva Conventions, however, abuse of prisoners under any circumstance is not permissable.

Related: Gaddafi to be buried in "secret desert location"

Here is a frame by frame look at the attack. Below the frames is video decoding the cell phone footage of the capture. And, finally, at the bottom is the full video. You can see the attempt to sodomize Gaddafi at the 16 second mark. 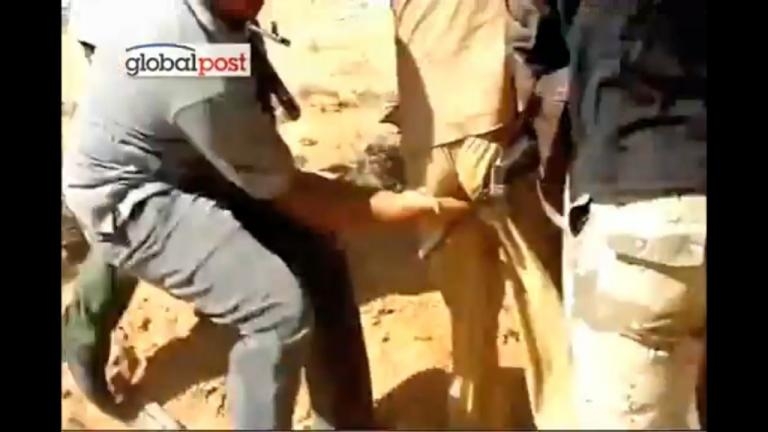 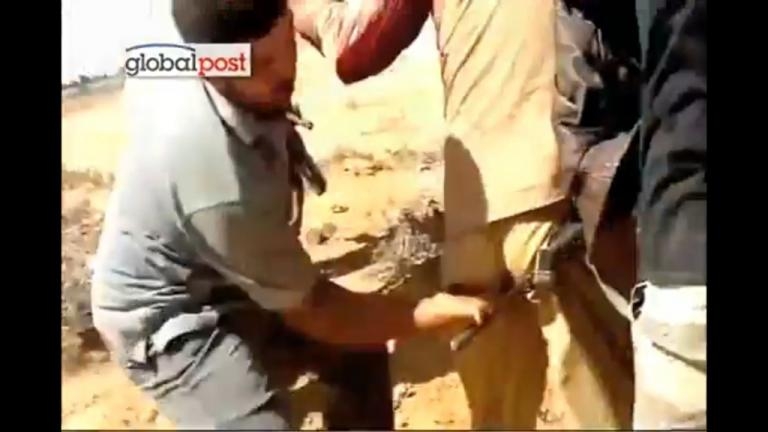 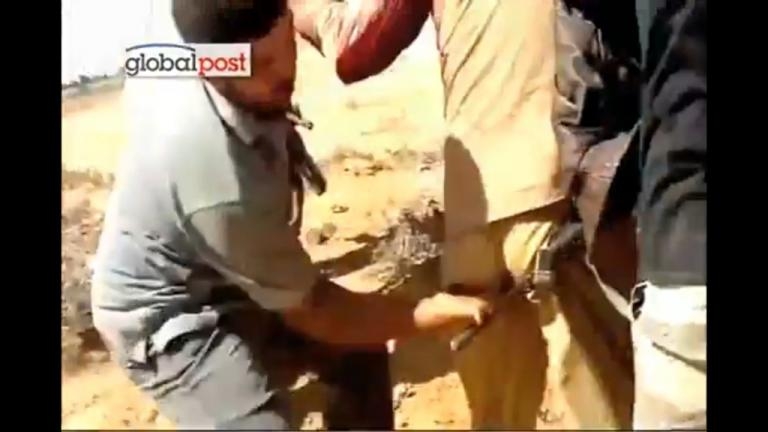 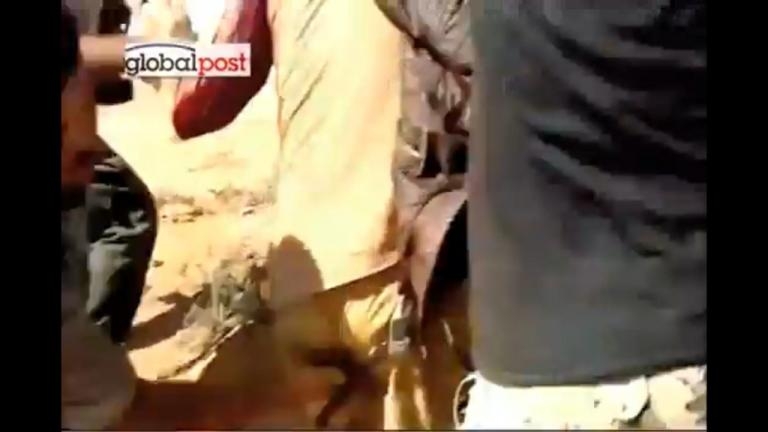