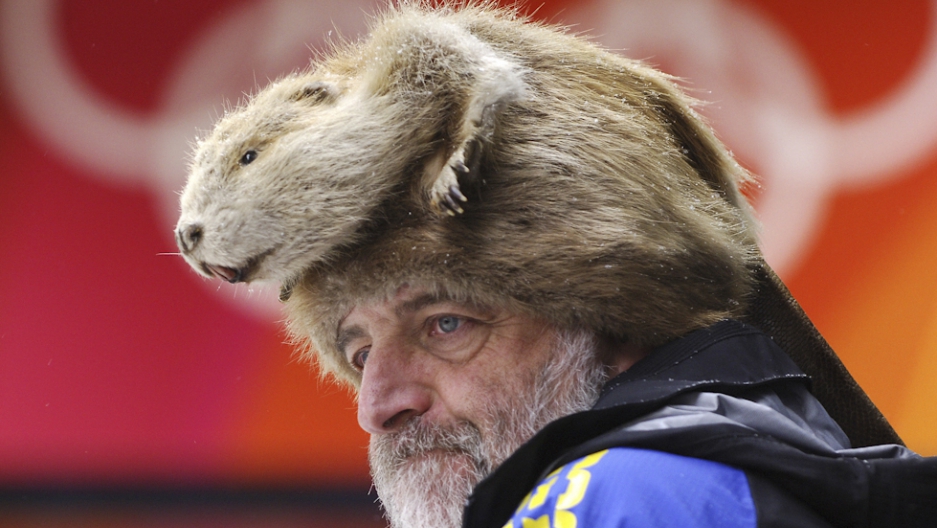 This man is wearing a beaver hat. Pat Martin, a politician from Manitoba, Canada, has said that dismantling the Canadian Wheat Board is akin to a beaver biting off its own testicles and offering them up to its tormentors. Indeed.
Credit: ERIC FEFERBERG
Share

Canadian beaver testicles: only in Canada could the nether region of a big-tailed water rat become an anti-American political insult.

Pat Martin, an "expressive" member of Parliament from Winnipeg, in the prairie province of Manitoba, invoked beaver balls while blasting Canada's ruling Conservative government during Question Period on Wednesday, the Toronto Globe and Mail reports.

Martin, from the left-leaning New Democratic Party, "often relies on colorful analogies to make his point," the Globe and Mail says.

And, dam, his rant against the Conservative government's dismantling of the Canadian Wheat Board quickly descended to levels below the water line.

“Folklore has it,” Martin said, “that the Canadian beaver will bite off its own testicles when it is threatened and offer them up to its tormentors. I think that is a fitting metaphor for the way our Canadian government reacts to bullying on trade issues by carving off pieces of our nation and offering them over to the Americans.”

The debate that followed was much less interesting than this quip.

Martin later credited Canadian author Margaret Atwood with the beaver anecdote, the Globe and Mail says. He claimed it was part of a presentation she made to a parliamentary committee in 1987, when the Canada -U.S. free trade agreement was big news.

Martin also admitted that beavers don't actually bite off their own testicles (which are carried inside their bodies, with no external protuberance), but they do mutilate their genital areas.

And now you know.