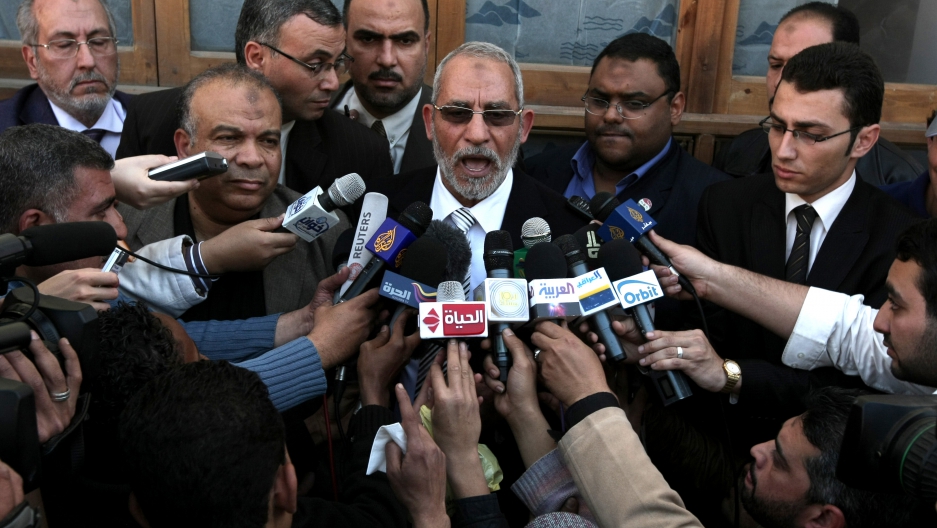 Mohammed Badie, the head of Egypt's Muslim Brotherhood speaks to the press outside a polling station in Cairo on March 19, 2011 as voters got their first taste of democracy in a referendum to a package of constitutional changes after president Hosni Mubarak was forced to relinquish his 30-year grip on power in the face of mass street protests.
Credit: Mahmud Hams
Share

CAIRO –As Egypt braces for its first parliamentary elections since Hosni Mubarak’s ouster in February, the American ambassador to Egypt said Monday she’s not yet “comfortable” with the Muslim Brotherhood and has held no direct talks with the group even though its political party is likely to be a major force in Egypt’s new parliament.

In an interview with GlobalPost, the new ambassador, Anne Patterson, said that her staff members at the American embassy have had “contact” with the Muslim Brotherhood — but that she herself isn’t ready to sit down with anyone from Egypt’s most influential and organized Islamic group.

“I’m not personally comfortable with it enough yet,” Patterson told GlobalPost in a quiet room on the sidelines of a dinner with journalists, activists and others hosted by GlobalPost and the Open Hands Initiative in Cairo.

When pressed on why she felt uncomfortable, she said, “Well, I’m just not comfortable.”

She said the Brotherhood’s support for free trade is encouraging, but that its less liberal stances on women’s rights and questions as to whether it would honor the 1978 Camp David peace treaty with Israel are troubling.

“The Camp David peace agreement is absolutely critical to peace in this entire region. ... If that does not succeed, you’ll have — all the rest of these issues will be immaterial,” said Patterson. “It’s really important, and it doesn’t have to be a great love affair, but it does have to be a peaceful relationship.