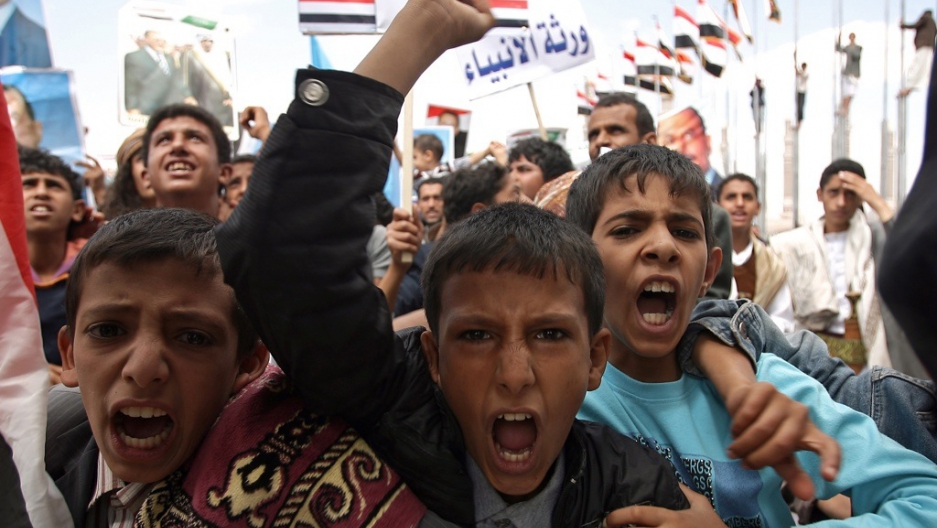 Seven al-Qaeda-linked militants, including the son of the U.S.-born cleric Anwar al-Awlaki, were killed in an American drone strike in southern Yemen on Friday night, the Associated Press reports.

The Yemeni Defense Ministry told the AP that Al Qaeda in the Arabian Peninsula's media chief, Ibrahim al-Bana, was also killed in the strike. Tribal elders said that Abdul-Rahman al-Awlaki, the 21-year-old son of the cleric killed by a U.S. strike on September 30, and four other members of the al-Awlaki clan were also killed. Yemeni authorities did not confirm the death of the younger al-Awlaki to the AP, but an anonymous senior security official in the Shabwa district, where the strike occurred, told CNN that he had first-hand knowledge of the death, and that Abdul-Rahman al-Awlaki had been hiding in the area for more than eight months.

The AP reports that the strike was one of five carried out by U.S. drones in southern Yemen on Friday night.

Back in September, President Barack Obama called the senior al-Awlaki's death "another significant milestone in the broader effort to defeat al Qaeda and its affiliates," according to CBS News, and the development was seen at the time as a breakthrough by the government of embattled Yemeni President Ali Abdullah Saleh.

“The Yemeni government has been targeting Awlaki for the last nine months. We came close to killing him in the past but failed. Today, we can proudly say that the Anwar Awlaki file is closed,” a senior Yemeni defense ministry official told GlobalPost at the time.

On Thursday, news broke that U.S. drone strikes in northwest Pakistan had killed a senior commander of the Haqqani network.

GlobalPost recently took a look at the use of unmanned drones in an in-depth serious called The Drone Wars.