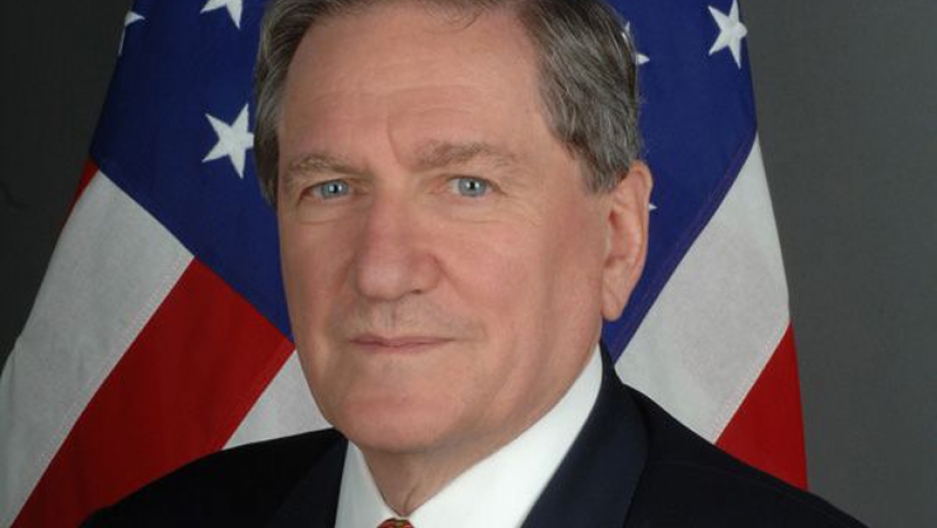 Richard Holbrooke came to Afghanistan with high hopes pinned to him: This was the super diplomat who had brokered an end to the conflict in the Balkans in the 1990s. But he told PBS FRONTLINE in September 2009 that Afghanistan was, “a very daunting job. It’s like a super tanker, takes a long time to turn it around. And the American people and the Congress want quick results.”

By the time he spoke those words, hopes for Holbrooke producing quick results in Afghanistan were already evaporating.

“It was a hard fit for Richard Holbrooke,” according to David Corn, the Washington Bureau chief for Mother Jones magazine. “He just never found his footing in the Obama administration on this very vexing question of Afghanistan.”

A transparently corrupt election in the summer of 2009 poisoned Holbrooke’s already rocky relationship with President Hamid Karzai. Well-publicized tensions inside the Obama administration and with military leaders contributed to an image of Holbrooke as powerless and sidelined. By 2010, the President was leaving Holbrooke out of important strategic meetings on Afghanistan.

“I think it was somewhat an unfortunate cap to his long diplomatic career.” Corn said. “We’re left not being able to judge him fully on this last mission.”

But history has already judged Holbrooke favorably for re-framing the war effort, and explicitly connecting Pakistan with Afghanistan in the US strategic vision. Today, with routine coalition attacks on targets in Pakistan, the Afghanistan-Pakistan link has become conventional wisdom. But the widely-used shorthand “Af-Pak” was coined by Holbrooke just a few years ago.

“Previously in the State Department or the White House, these two countries were even managed by different bureaus,” according to Vali Nasr, a senior adviser to Holbrooke, and professor of international politics at the Fletcher School at Tufts University. “Holbrooke understood that the most basic element of this diplomacy here was to understand that peace and security in Afghanistan is dependent on peace and security in Pakistan, and you have to get this right to find a way out.”

Journalist Kati Marton, Holbrooke’s wife for the last 15 years of his life, says Holbrooke thought America’s “relationship with Pakistan was the most complicated, the most frustrating, the most fraught and the most dangerous. Richard and I never went for a walk in the park without him either getting a call from Pakistan or making a call to Pakistan. He established very close relationships with people where he was on first name basis with pretty much the entire power structure in Pakistan.”

There were some tensions with the Pakistani government and military; but Holbrooke deeply impressed many Pakistanis, wading out to distribute relief during the disastrous floods of 2010. Since his death, America’s image in Pakistan has been defined by drone strikes and the killing of Osama Bin Laden, which alienated many Pakistanis.

“The relationship with Pakistan has deteriorated rather dramatically,” noted Marton. “I cannot categorically say that that’s because Richard Holbrooke is no longer minding the store but he’s not — and things have gotten much worse.”

While his gains in Pakistan may have fallen apart, Holbrooke’s supporters point to a diplomatic accomplishment that could have lasting impact: strengthening diplomatic ties between Pakistan and Afghanistan. Relations between the two countries are deeply strained today. But before Holbrooke was involved, they were almost nonexistent.

“Since the creation of Pakistan in 1947 they had not really signed any treaty of substance,” according to Nasr. “Holbrooke said, ‘you have to begin to close this one treaty at the time.’ And he spent two years and an enormous amount of energy and time pushing these two closer and closer together.”

By October 2010, the two countries had signed their first border treaty in over 40 years.

It’s impossible to predict what will come next in Afghanistan, but the importance of Pakistan and a regional solution has come into even sharper relief. After the assassination of a key Afghan peace envoy, President Karzai announced this month that he was abandoning initiatives with the Taliban in favor of direct talks with Pakistan.

Arun Rath is a reporter for PBS FRONTLINE