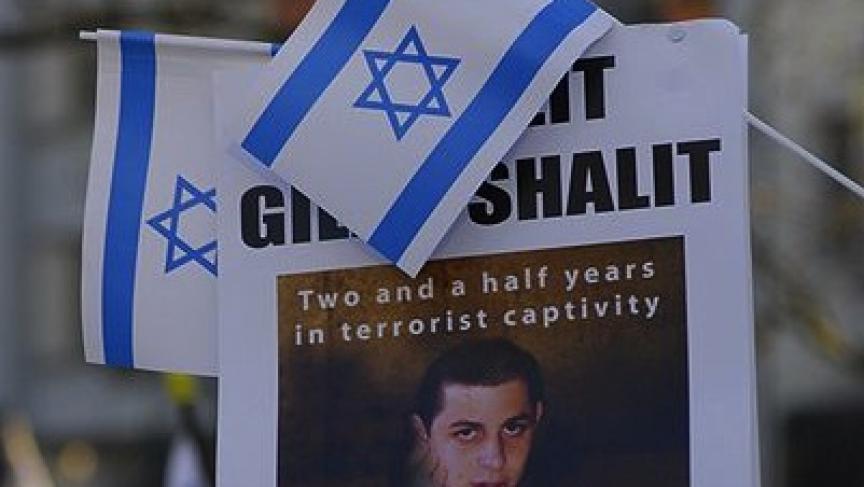 Story from PRI's The World. Listen above to the full audio report

Israel and Hamas have agreed a deal for the release of Sgt Gilad Shalit, an Israeli soldier held hostage by Palestinian militants for five years. Prime Minister Benjamin Netanyahu said the deal had been reached after arduous talks, and that Sgt. Shalit would be back with his family "within days." In exchange, Israel will free as many as 1,000 Palestinian prisoners.

The deal was brokered by Egypt and Germany and may have been motivated in part by changes in the Israeli security leadership, according to Gerald Steinberg, a professor of Political Studies at Bar Ilan University in Israel. The new head of the General Security Service, like Israel's FBI, "thinks that his organization and Israeli capabilities will be able to contain most of the terror that would result from the release of 1000 people who have been involved in some very, very massive terror attacks against Israelis."

Prime Minister Netanyahu also may have been motivated by changes in Egypt, Steinberg says. There may have been some motivation to "reach an agreement before things become even more chaotic in Egypt." The plan is for Shalit to be taken to Egypt first, to allow the prisoner swap to take place. "Without having an Egyptian partner," Steinberg says, "that would probably be impossible to do."

Shalit's release could have a major effect on Israeli-Palestinian relations, according to Steinberg.

"If as a result of this exchange or this agreement, there is a big spike in terrorism," Steinberg says, "then you'll see Israelis even more unwilling to take major security risks."

If, on the other hand, "over the next year or two we do not see any kind of increase in terrorism, then it won't have a negative impact, but it won't necessarily have a positive impact," according to Steinberg. The agreement is with Hamas through Egypt. So Steinberg says there's no reason to think it will bring Hamas and Israel closer together.

Some in Israel are likely to attack the agreement. The argument, according to Steinberg, is that, "if you allow this agreement to go through, you're setting a precedent for more terrorist attacks, and then more kidnappings to release terrorists involved."

Whatever the outcome, Israelis and many American Jews will be watching the Shalit situation closely.

"This is something that has been a very high emotional issue," Steinberg says. Shalit "has become a symbol of basically the most fundamental violation of human rights of any Israeli... to have him back will be a significant closing of the circle for many people."