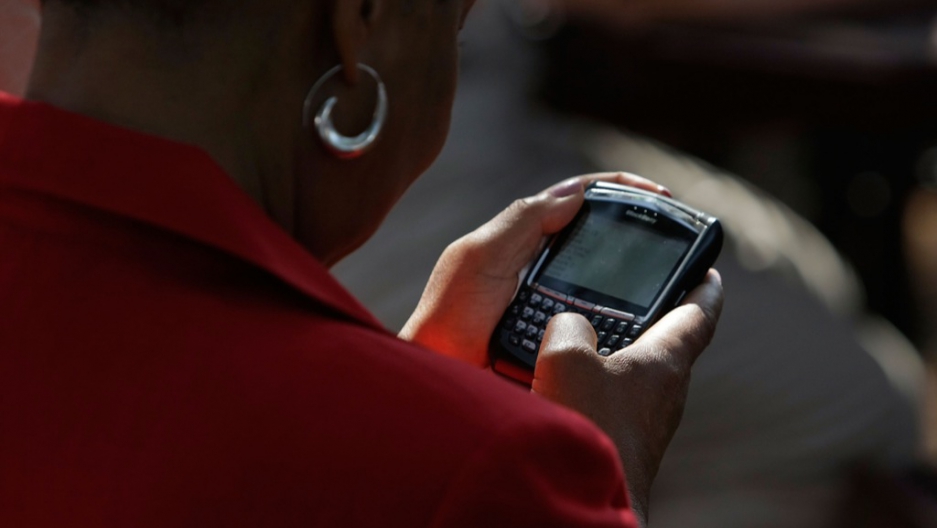 CARACAS, Venezuela — The assailant kicked Jaime Gomez and beat him to the ground.

His accomplice on a motorbike a few yards away shouted, “Hurry up, hurry up. Shoot that old guy.”

It was only then that Gomez, 68, let go of his Blackberry.

He had been speaking on it outside his uncle’s house in Alta Florida, a middle-class area of Caracas that climbs up the city’s hills. The men had seen him as they drove past, and returned for the goods.

“After they fled, I felt powerlessness and rage,” Gomez said. He added:  “We didn’t go to the police because they think it’s a small crime.”

It may be small — but it is all-too frequent.

From Venezuela: Hugo Chavez: the boy from humble beginnings in Sabaneta

Nationwide, 40 percent of Venezuelans have had their phone stolen in their lifetime for a black market business said to generate hundreds of millions of dollars annually, according to the country’s Committee of Mobile Phone Users.

The National Assembly’s Commission for Stolen and Lost Mobile Phones say at least 21 people have been killed defending their Blackberies from thieves in the capital. They say of every 10 robberies in Caracas, seven are for mobile phones.

A Blackberry is a prized target. Valued as a status symbol, it has become the phone of choice in Venezuela. Thieves can sell it on the black market for about $360 — more than half the monthly minimum wage.

And with the government limiting access to foreign exchange to stop people moving money abroad, Blackberry imports have dropped, spiking demand even further.

Gomez said that he was given his Blackberry as a gift from his son. He now carries a replacement Blackberry and a cheap phone that he can use in public.

Ricardo Sanchez, the president of the Commission for Stolen and Lost Mobile Phones, said to the El Nacional newspaper: “People believe that Blackberries are the handset stolen the most … But in reality anything with a chip is attractive to thieves.”

Sanchez has been voicing his discontent on much of the national media this month, demanding prison time for mobile phone theft.

On September 19, the government announced it had set up a system forcing the three network providers to share lists of identification numbers of stolen handsets every 12 hours. They say this, and a new measure that requires those signing up for a new line to show their phone in the shop, has already blocked 96 percent of
reported stolen cell phones.

Juan Abellán, the president of one of the main providers Telefónica Venezuela, said RIM, the Canadian manufacturer of Blackberry, had agreed to help by blocking the use of stolen handsets worldwide, so they cannot be sold abroad.

Still, with Committee of Mobile Phone Users saying armed gangs are dedicated to robbing mobile phones along some of Caracas’ major roads, its malls, metro
stations and universities, the issue is tied to wider insecurity.

In 2010, about 38 homicides were committed daily in Venezuela, a total of 14,000. The latest figures from the Public Ministry say 91 percent of known crimes go unpunished. Most people view the police as corrupt and untrustworthy.

Some blame Venezuela’s polarized politics for stymieing responses in the National Assembly to a deep-rooted problem.

“The polarization of the country contributes to increased crime. The problem of insecurity requires all political and social sectors to work together,” Marino Alvarado, the co-ordinator for education, at the Venezuelan Action on Human Rights, said.

“Four years ago the government began a police reform process. But it has not been successful for coherent and systematic change,” Alvarado added.

Julio Borges, the national coordinator for the opposition Primero Justica party, said the government bears the responsibility, but lacks policies and political will to combat insecurity.

Borges said sections of those in power, including the army, maintain links with organised crime, “so there’s a promotion of violence from within the heart of the state.”

He also blamed an appointed judiciary and lack of arms regulation.

Gomez says many Venezuelans now live in a bubble — only travelling from home to work or malls. “There’s a limit to the quality of life
here,” he said. “But it’s a way of life we’ve become used to.