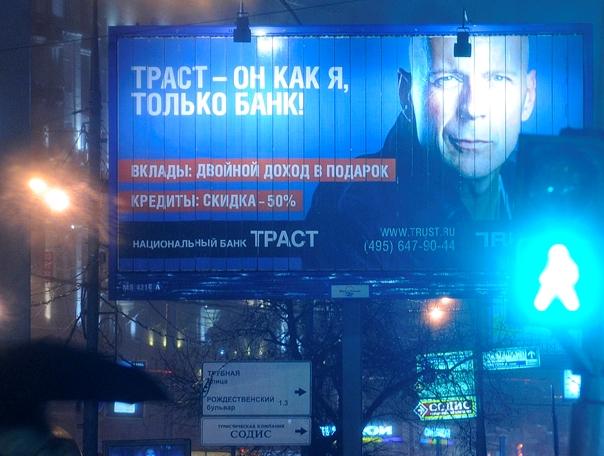 Billboard with Bruce Willis for Trust Bank in the middle of Moscow. "Trust it's like me, only a bank." (Photo: Jessica Golloher)

The American relationship with Russia has seen its ups and downs since the Cold War ended two decades ago.

Where it stands right now depends on who you ask. But in at least one respect, the Russians can get enough of Americans: in their advertisements.

On billboards, on televisions and in other formats, Hollywood stars are peddling all manngers of goods to eager Russian consumers.

Take Bruce Willis, who is representing a bank. Or Sylvester Stallone, who's selling vodka. That's right. An American is selling vodka. To Russians. Such is the power of Hollywood celebrity, even in Russia.

Take a look at the examples below. Do you have a favorte celebrity-including ad be it in Russia or American or wherever you might be? Post it in the comments below.