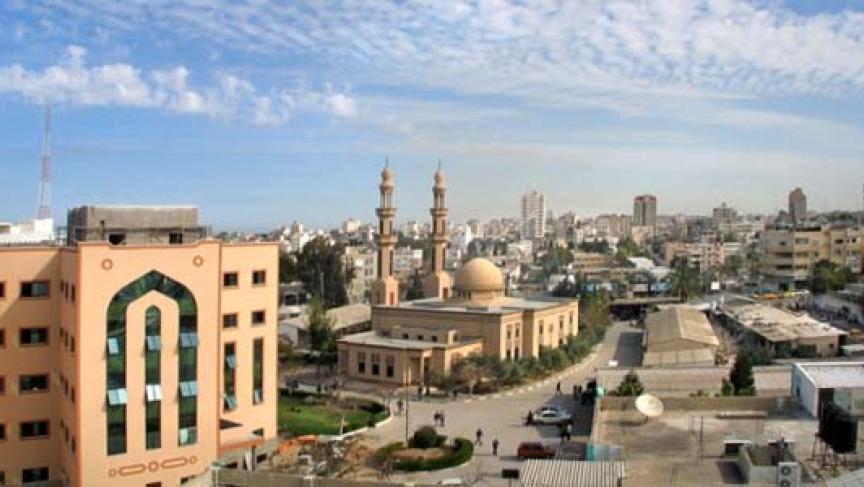 Share
By Derek Stoffel The Palestinian bid for full membership in the United Nations is making its way through Security Council procedure. While going to the UN has angered the US and Israel — there are many who say the move has given the Palestinians momentum in their drive for statehood. Yet there are some Palestinians who are saying — what about us? It was nearly two weeks ago when the issue of Palestinian statehood was at the center of the world's attention. Back at home, in Ramallah, Palestinians savored the moment. Thousands gathered in the city's central square to celebrate the UN bid. But it was a different story for Palestinians living in Gaza. In the main market in Gaza City, the UN vote hardly registered. People in this poor part of town were focused on the basics, like finding a good price for their fruits and vegetables. Thuraya Hassan, a school teacher, asked, "What will going to the UN do? How will it change my life? The UN bid will only benefit Palestinians in the West Bank." Hassan said Palestinian leaders should be concentrating on something else. "For us, there needs to be unity as Palestinians," she said. "This is much more important than going to the United Nations." There is clearly no unity between the Palestinian leadership here in Gaza and in the West Bank. Gaza is controlled by the Islamic militant group Hamas. It seized power from the ruling Fatah Party in 2007, leading to four years of isolation after Israel imposed a blockade. Now, with the Fatah-backed Palestinian leadership pushing for UN membership, Hamas finds itself in a tough spot. It supports statehood, but it does not want to support its rivals in the West Bank. Mohammad Awad is the Hamas minister of foreign affairs. He calls the UN membership bit a waste of time. His list of complaints is long: that Abbas did not consult anyone in Gaza about the UN drive, and that it wasn't fully thought out, especially when it comes to the right of return for refugees. "My main point is I'm afraid about our refugees. What's their situation?" Awad said. "Our people outside. What is their situation by the system? If there is an answer, say to me. Nobody speaks about that. This is the problem. You just make one way step — what about the others?" Hamas slammed Abbas's speech at the UN, not only because it did not deal with the refugee issue, but also because an agreement on statehood would give away too much of the land that made up historic Palestine. But standing in opposition of the UN effort puts Hamas, awkwardly, on the same side as the United States and Israel. The Hamas charter states the goal of eliminating Israel, but more recent statements have been vague on whether that is still the movement's ultimate aim. Earlier this year Hamas and Fatah signed a reconciliation pact, a sign of disillusionment with the pace of US backed peace efforts. But in recent weeks there has been little reconciliation between the rival groups. Though back in Gaza's market, there are some Palestinians who are still hopeful. "Of course there will be a Palestinian state while I alive," said Mohammed Abu Abed, who is 75. "I am an optimist, and will be until I die." But Abu Abed said he is also a realist. He admits that it won't be easy to find unity among the Palestinians, and especially their leaders, in Gaza and the West Bank.