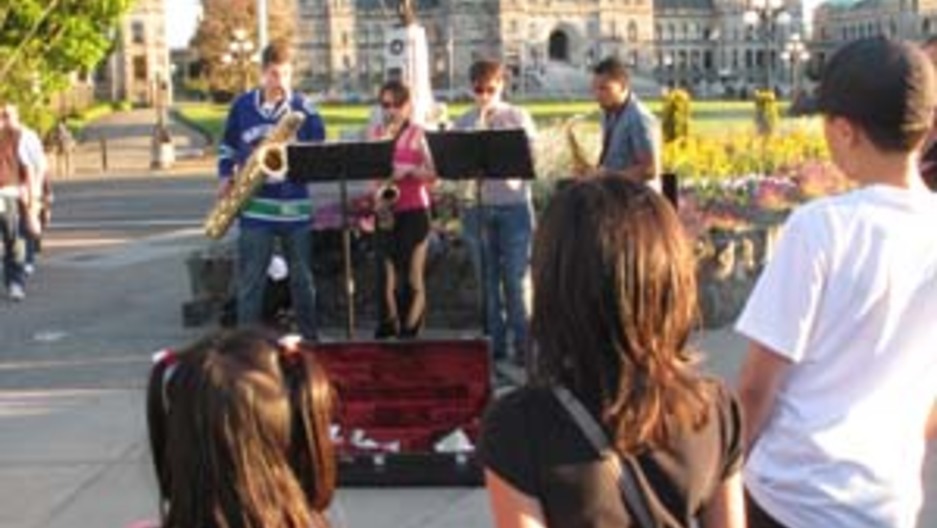 The first survey, conducted in 2008 revealed that Victorians are pretty happy and content with their lives. (Photo: Rhitu Chatterjee)

Share
Michael Pennock is an epidemiologist who has spent most of his career studying public health issues across Canada, his home country. But in 2006, a colleague invited him to participate in a different project in a distant land. The tiny Himalayan nation of Bhutan was developing a Gross National Happiness Index, and it needed Pennock's help. Pennock says, as a Westerner, he was skeptical. "We have a bit more discomfort with the idea of happiness as a government policy issue," he says. "You know, if you use that phrase over here, they'd probably wonder what you'd been smoking." In Western countries, governments focus on ensuring economic development and generally assume that wealth will bring greater happiness. But, as Pennock came to learn, that's not necessarily the case. Pennock says that in a lot of developed countries, despite several decades of economic growth, "the percentage who say they're satisfied with their life is completely flat and in some cases [has] dropped off." Clearly money alone does not ensure happiness. So what then does promote happiness? And what can governments do about it? That's what Pennock set out to answer in Bhutan, and he has now brought what he learned back home. Pennock lives and works in Victoria, British Columbia, a quaint harbor city that is already known for its high quality of life. Pennock talked to local leaders and suggested starting a happiness index for the city. The city and local foundations agreed, and they created the Greater Victoria Happiness Index Partnership. Victoria's mayor, Dean Fortin, supports the Partnership. "The truth is we can't make people happy, but we can address those issues around quality of life," he says. "So we try to measure that in citizens." To measure happiness, Michael Pennock designed a survey similar to the one he developed in Bhutan. Happiness is, of course, a subjective thing, but the survey doesn't impose any particular definition. It simply asks Victorians: On a scale of 1 to 10, do you consider yourself a happy person? It also asks a related question: How satisfied are you with your life as a whole? The survey was first mailed in 2008, and according to the results, the residents of Victoria are pretty content. They rated their happiness and life satisfaction at 7.6 on a 10-point scale. But the survey went deeper than that. It explored aspects of life in Victoria that contributed to the high rating, and it examined how the city could do better, by asking people about specific factors known to influence wellbeing. For instance, it asked Victorians if they trust other people in their community (they do) and how they rate the state of their environment (highly). Victorians also gave a high rating to their overall sense of community. Kimberley Stratford, a sustainability analyst with the city, says Victoria encourages the development of friendly public spaces through zoning laws and urban design. She points to the example of Cook Street Village, one of many village centers that offer Victorians a venue to mingle with their neighbors. "Even if you don't live in Cook Street Village, [if] you come down here for a cup of coffee, it's not unusual to strike up a conversation with a stranger down here," she says while walking past sidewalk cafés along tree-lined streets. The happiness survey also revealed some negative aspects of life in Victoria. At the top of the list is a lack of time. People reported not having enough time for family, friends and hobbies. But one might ask: Is this a problem the government can address? Mayor Dean Fortin thinks it is. He would like to tackle one of the causes of the time crunch: long commutes. Fortin says improving transportation–by expanding bus routes and bike lanes, for instance–could be part of the solution. Whether that solution is ultimately effective will be revealed by future surveys, which the Greater Victoria Happiness Index Partnership plans to conduct every two years. Michael Pennock is currently analyzing the results of the second survey, which was sent out last year. In the meantime, he says other cities are adopting Victoria's survey. "Seattle is looking into using it, and it's been used fairly extensively in Brazil, because we wanted to see how it worked in another culture." Pennock hopes the survey–which came to Canada from Bhutan–will cross over to many more cultures.