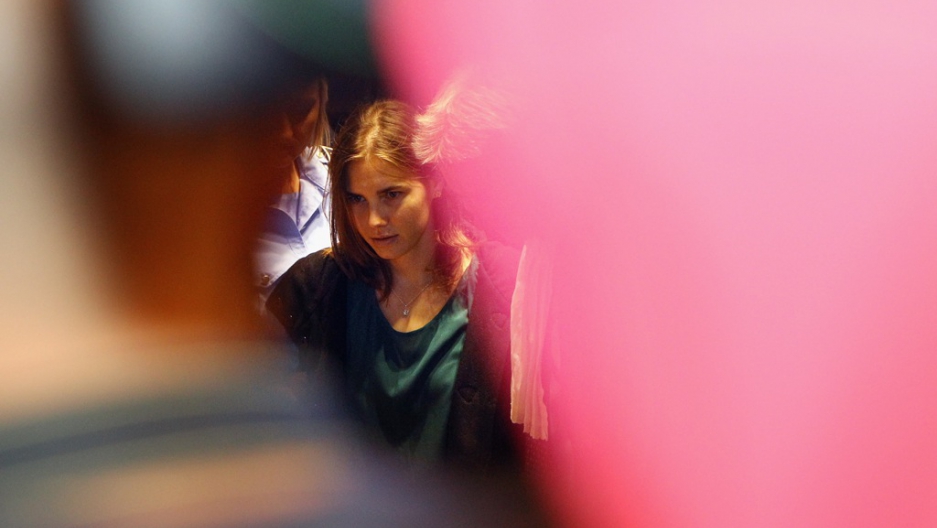 Amanda Knox is escorted to her appeal hearing at Perugia's Court of Appeal on October 3, 2011 in Perugia, Italy.
Credit: Oli Scarff
Share

1. THINK THIS WILL WORK?

Can't get a loan to expand a business 'cause banks are sitting on their cash (your cash, if your bank was bailed out by the taxpayer)?

For small businesses in the U.S. and Britain that is a big problem. Britain is taking steps to relieve the pressure. Chancellor of the Exchequer, George Osborne, told his Conservative Party Conference today, that he was planning for the British Treasury, to buy up the bonds of businesses, in effect loaning them money. Call it "credit easing" instead of "quantitative easing."

There's no specific date offered for when this program will start, best guess is late autumn. and Osborne skirted over the obvious point: if Britain is running such a big deficit where will the Treasury find the money to buy the business bonds?

Hmmmm, we'll see if this gets off the ground.

Otherwise, Osborne's quote of the day on economic policy is this: "The single biggest boost to the British economy that could take place this autumn is nothing I can announce. It is the resolution of the Euro crisis. That single thing would do more to boost the British economy than anything else in the world at the moment."

Not just the British economy, Geo.


2. WHAT PEOPLE HERE REALLY CARE ABOUT

Not every minute of the day is spent waiting for politicians to come up with a solution to the economic mess around Europe. Sometimes there are bigger stories, like Amanda Knox's appeal of her murder conviction.

The news channels have been going full tilt on her appearance today in a Perugia courtroom. Newspaper websites are liveblogging events. Knox, you may remember, was convicted of murdering her roommate, a young English woman named Meredith Kercher, and sentenced to 25 years in an Italian prison. In June of this year serious doubt was cast on the DNA evidence used against her and an appeal was launched.

Today was the last day of proceedings and Knox was allowed to make a statement. It was tearful and dramatic. Her demeanor throughout the appeal has swung public opinion around here in Britain. But then this afternoon Kercher's family held a press conference. They are clearly convinced that Knox did murder Meredith. Meredith's sister, Stephanie told reporters "no one deserved" her sister's fate.

So all is finely balanced. The appeals court ruling is due in this evening. I'm not sure there is enough bandwidth in Italy or Britain to handle the internet traffic that is certain to follow.