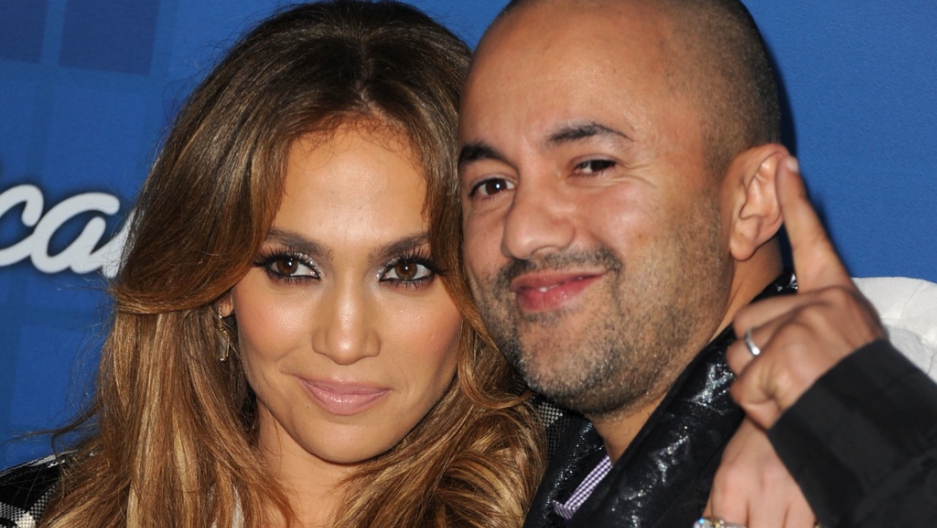 RABAT, Morocco — It's common knowledge that behind every musical superstar hides a great producer. But did you know that behind some of today's hottest stars that producer is Moroccan?

Since his career caught fire in 2007, RedOne, a Moroccan producer who made his way to America via Sweden, has turned everything he touches to gold.

He discovered the biggest pop star in the world today, Lady Gaga; gave a fresh start to Jennifer Lopez’s career in 2011; and was one of the last producers to record songs with Michael Jackson before he died.

"I know I am a hit-maker, I have always been. I know how a hit should sell,” RedOne, who is also a songwriter, told GlobalPost. “But the circumstances need to be right. I went through every step to become a success, from not having a place to sleep, to millions of people listening to my hits every day, all over the world.”

RedOne indeed has a way with lyrics. But who is the man behind the moniker?

More from Morocco: Loving the McArabia

“It was one of the first big records to ride the sea change in pop, away from hip hop and back toward disco, the music that has been in charge of the charts in Europe for a long time,” he wrote. “RedOne’s longtime residence in Sweden means that he has access to the enormous ice pool of Nordic hooks that Americans never seem to match.”

The 39-year-old producer’s dazzling success came after years of hard work and difficult times. He said he was carried through by his determination and the support of his family.

“I am so blessed, but I had promised my family that I would become the best in my field,” he said.

When he arrived in Stockholm in 1991, wearing his hair long, brandishing a guitar and as a huge fan of the pop rockers Europe, he waited in front of lead singer Joey Tempest’s home, eventually managing to spend about an hour singing and hanging out with the Swedish singer.

After a failed attempt at becoming a rock singer, he decided to instead pursue studies in computer programming while also discovering the production side of music. By the mid-2000s, he had started to become big news in Scandinavia — but it wasn’t enough for him. In 2002, he moved to New York.

"I wanted to prove to my family I was good," he said. "They knew I was good but they never got a chance to hear it because music out of Sweden didn’t make it to Morocco.”

He finally won his first global hit when the song “Bamboo,” featuring Shakira and Wyclef Jean, a mix of “Hip’s Don’t Lie” and a Moroccan chant, was named the official melody of soccer’s 2006 FIFA World Cup. Even after this big score, he was still struggling — many times, coming close to closing a big deal with a record company before being beaten out by a bigger producer.

By early 2007, RedOne was getting discouraged, sleeping on an air mattress with his wife in Jersey City, penniless and ready to move back to Sweden.

“I was really depressed, I told my wife, ‘We gotta go back,’" he recalled. "She said we should borrow money and try for a few more months and then really give up if nothing good happens.”

The breakthrough happened one day in 2007 when he scored a meeting with Epic Records to present a song for Kat DeLuna's upcoming debut album. RedOne started playing songs in front of the marketing team and label president Charlie Walk.

“I was really nervous. I played the song ‘Whine Up.’ Charlie Walk interrupted me and said: ‘Stop you’re a genius!’ I couldn’t believe it. We spent the rest of the time playing music and dancing, it was surreal,” he said.

More from Morocco: Thousands of protesters continue to demand reform

Walk was so impressed, he asked RedOne to produce the entire album. The first week it was released, the song “Whine Up” was the most requested song on New York radio station Z100, he said.

His plan was to work with superstars to capitalize on this success, but his manager asked him to meet a girl who wasn’t signed yet.

“I told him, 'This is my time, I need to capitalize on the hit,'" he said. "My manager told me to just meet her. I saw her and instantly thought ‘Wow she’s a very special girl,’ her look, her aura.”

What was supposed to be a five minute meeting rapidly turned into going to a studio and recording songs. The girl, Stefani Joanne Angelina Germanotta, is today’s superstar Lady Gaga.

“We worked for a week — it was magical," he recalled. "We did all the big hits together. With me and Gaga, it goes so quick that before we realize we're even in it, the song is done. She starts singing, I start singing and it becomes a big song. It's magical.”

In 2010, RedOne, who now lives in Los Angeles with his wife and 3-year-old son, established his own record label named 2101 Records in a joint venture with Universal International Music.

Bilal Hajji, aka "The Chef," a member of the “Red Team,” has known RedOne his entire life.

“Red basically knows music in and out, so working with him makes work a lot easier," he said. "We can do any kind of records we want based on the big range he got.”

For his success, RedOne was decorated by Morocco’s King Mohammed VI this summer. He is a dedicated worldwide ambassador for Morocco, who inserted the word “Morocco” in the lyrics of Jennifer Lopez’ hit “On the Floor” and helped Moroccan music festivals attract superstars.

RedOne is also launching the careers of young Moroccan musicians. He still visits his home country frequently and even set up a recording studio in Tetouan where the songs “Alejandro” and “Bad Romance” were created. His hope is that one day Morocco will also offer up an international superstar, like Colombian Shakira or Spanish Enrique Iglesias.

For now, RedOne is about to release a duet featuring Cher and Lady Gaga. As for future projects, he is still working hard launching new talent.

“Remember the names Mohombi and Porcelain Black," he says, "they are going to be huge very soon.”