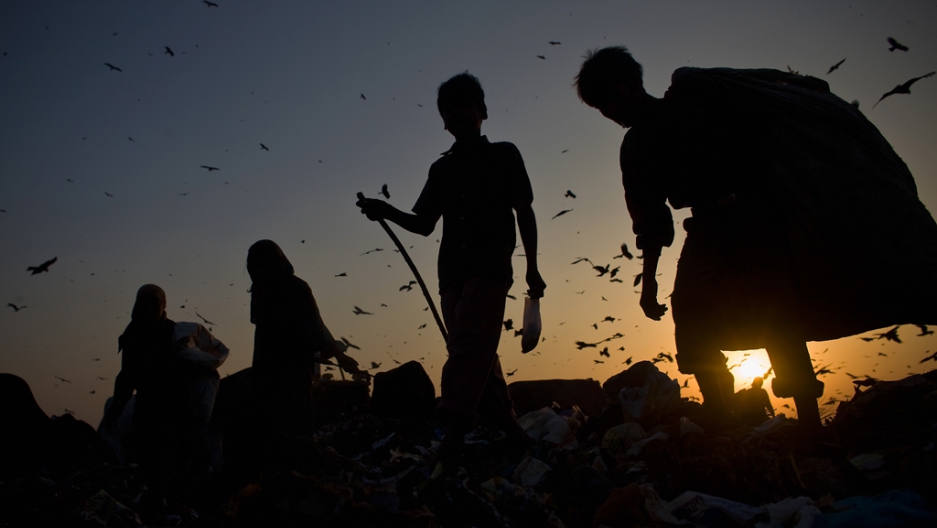 SURAT, Gujarat — When an outbreak of the pneumonic plague struck Surat in 1994, the so-called “diamond city” took an unprecedented step, as far as India goes: It cleaned up its act.

Best known for its booming textile and diamond-polishing industries, Surat fell victim to the plague because it was among India's dirtiest cities — though its lackadaisical attitude toward garbage and sewage was by no means unusual in a country one might call hygiene-challenged.

But thanks to a coming together of public will and a host of reforms, Surat successfully went from one of the country's dirtiest cities to one of its cleanest in 18 short months.

Perhaps more remarkable, despite the exodus of S.R. Rao, the municipal commissioner who made it happen, Surat has more or less maintained its high standards, despite the city's rapid expansion over the past decade.

Is there a lesson here for the rest of India? Definitely. But it will take more than plagiarizing Rao's urban planning documents to get it done elsewhere — at least without a rash of epidemics.

“It's not a question only of the model, it's a question of the local people's behavior,” said K.D. Yadav, a professor of civil engineering at Surat's S.V. National Institute of Technology.

There's nothing like a dose of the plague to get a city thinking about hygiene, it turns out — especially a strain that's more virulent than the infamous Black Death.

Thus, in 1994, after 54 residents died and some 300,000 fled to escape a possible quarantine, the people who stuck around were willing to get with the program — working to eliminate the tons of garbage and overflowing sewers that had inundated the city with disease-carrying rats.

But the design of the system is instructive, too.

In an effort to make city officials more accountable, Rao divided the municipality into six zones, appointing a commissioner for each, so that it was crystal clear who was to blame for problem areas.

Rao ordered officials responsible for solid waste management to make personal field visits every day, rather than relying on dubious reports, and he instituted a grievance-redressal system for complaints and fines for violaters.

It sounds like basic stuff, and it is. The trick is that Surat made it work. And there the devil is in the details.

“At that time, the [Bharatiya Janata Party] BJP had won 98 out of 99 seats [in the municipal government], so there was no opposition,” said Hemant Desai, deputy commisioner of health and hygiene. “People believed it was for their benefit, so they cooperated.”

Thanks to that rare spirit of consensus, Surat was able to make a raft of changes to the system, almost overnight.

The city decentralized responsibility for garbage collection so thoroughly that each individual street sweeper answers for a specific stretch of road. Modern garbage trucks with closed beds conduct door-to-door collection of household trash every day — instead of the open bicycle-carts used in most Indian cities — and the garbage is taken directly to a local transfer center instead of being sorted on the roadside by collectors that moonlight in the recycling trade.

At the transfer stations for each zone, the city's 240 trucks unload 800-1200 kilograms of garbage to be sorted and collected into loads of 10 metric tons which go to the disposal site. And because the business is contracted out, and the contractors are paid by the ton, the garbage actually makes it to the weighing station.

Similarly, in wealthier sections of the city, there's a grant-in-aid scheme that allows 600 residential societies, who have the biggest stake in the cleanliness of their area, to take over their own sanitation system.

The entire system is computerized, so that residents' complaints come to the attention of city officials immediately, and the same sanitary workers that are virtually invisible in Mumbai and New Delhi are in Surat empowered to collect fines on the spot from people and businesses that dump trash on the roadside.

Instructively, it took a wee tweak of the system to make that happen — the sanitation department calls the fines “administrative charges” because it's not legally empowered to issue tickets — but its workers collect around $400,000 a year keeping residents on their toes.

In 2010, Surat dropped a notch to third in the rankings of India's cleanest cities, and the Gujarat Pollution Control Board has pointed out that the city's textile industry has not been nearly as successful in curbing industrial pollution as the garbage collectors have been in cleaning up the streets.

But even if it's less than perfect — it takes an eye well-schooled in Indian cities to see it as “clean” — Surat's transformation has already attracted would-be imitators from cities like Lucknow and Pune to study its garbage collection system, according to Desai.

And as the city population has doubled over the past 10 years, new residents have gotten at least one timely reminder that cleanliness has its benefits.

When a disastrous flood hit the city in 2006, Surat's showpiece sanitation system paid off, allowing workers to clear more than 300,000 metric tons of garbage and debris in less than a month, and Rao's successor in the city commissioner's office, S. Aparna, took advantage of the tragic destruction of the makeshift shanties of thousands of slum dwellers to relocate them into properly constructed, low-income housing she financed with money from the centrally funded Jawaharlal Nehru National Urban Renewal Mission (JnNURM).

“We have been fortunate in getting officers who are really enthusiastic about development,” said S.V. National Institute of Technology's Yadav.

And that right there may be the lesson for India — even if it is bittersweet. Government works. But only if people make it work.