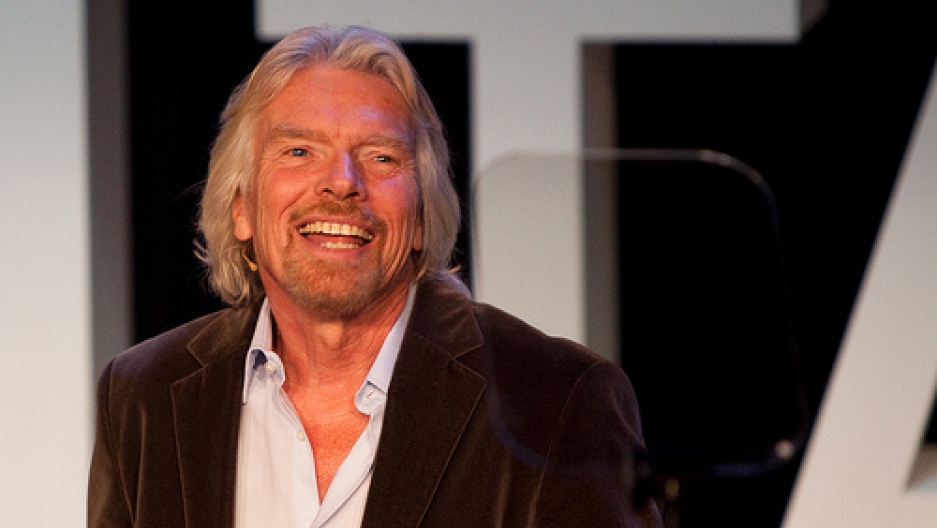 The man behind Virgin Records, Virgin Atlantic Airlines and Virgin Mobile is turning his attention to climate change. One of Richard Branson's newest ventures, the Carbon War Room, is designed to enlist capitalists and entrepreneurs into the fight against global warming.

The group's CEO, Jigar Shah (pictured at right) told Living on Earth, "what we've seen is that 50 percent of all of the world's carbon emissions -- as well as 50 percent of the problems that lead to water issues, etc. -- have technology solutions today that can address them profitably without further policy."

"We're really promoting gigaton scale, market driven solutions to climate change," Shah explains. One of the first ventures by the Carbon War Room is a $650 million project to make buildings in Miami and Sacramento more energy efficient. "If you look at the solar industry globally, it's something around 70 billion dollars a year," Shah says. "The energy efficiency retrofit industry is less than 10 billion dollars a year. So, something that makes a whole lot of financial sense doesn't seem to be moving very fast."

The group is helping create the necessary financial instruments to make projects like energy efficiency retrofitting more financially viable. And they believe they've done it, through public-private partnerships, paid for entirely by the private sector. Shah says states "can deploy hundreds of billions of dollars across the country if mayors, state legislators and others make their states friendly to this type of legislation like California and Florida have."

The fact is, Shah says, "we have $550 billion dollars a year that go to fossil fuel subsidies. If these subsidies were eliminated -- which the Super Committee could absolutely do -- you would have a far more level playing field where fossil fuel prices would be set by the market, and not by these unfortunate subsidies in the wrong direction."

Until that happens, Shah and the Carbon War Room are continuing to figure out ways for businesses and entrepreneurs can take part in the effort. "What we've been able to do is to attract thousands of entrepreneurs who are really fearlessly trying to make their world a better place, and giving them the tools necessary to operate on a level playing field," he says. "Today, we don't have a level playing field for all these solutions. Once we get one, I think we'll have solved most of the problem."

Read the full transcript of this interview on the Living on Earth website.