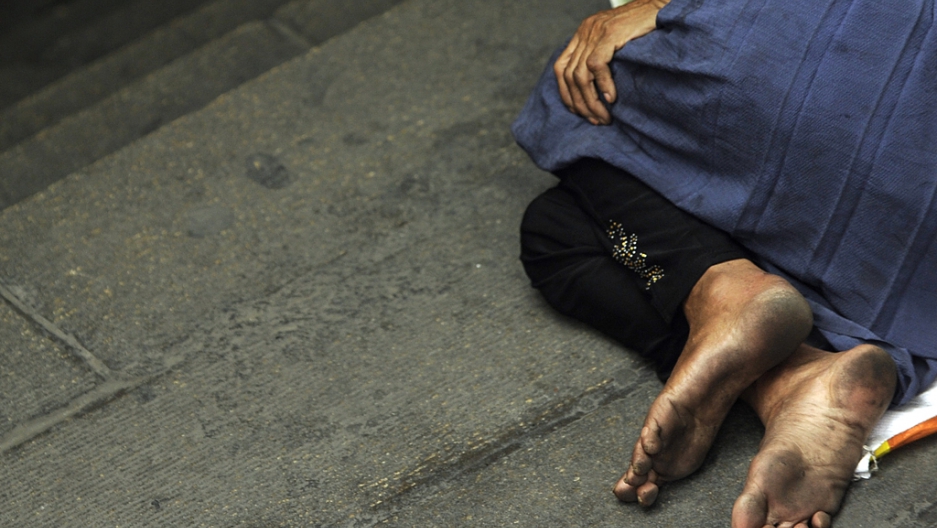 HONG KONG, China — The Chinese government has a novel solution to the growing problem of illegal enforced disappearances.

On Aug. 24, Chinese state media announced a proposed change in the Criminal Procedure Law which would allow police to legally detain individuals and hold them incommunicado in secret detention for up to six months without contact with either their families or legal counsel.

The Chinese government is pitching the proposed change as merely an extension of the conditions of the existing practice of residential surveillance, or “soft arrest,” to suspects in state security, terrorism or major corruption cases. “Soft arrest” allows police to confine criminal suspects to their homes for up to six months without trial or due legal process.

But Chinese lawyers, legal scholars and human rights activists warn that the proposal is a cynical fig leaf of legal justification for a wave of enforced disappearances which violate both domestic and international law.

More from China: China's 14,000-mile struggle along its borders

The numbers of victims highlight the sharp deterioration in rule of law in China over the past eight months. Since mid-February, Chinese security forces have forcibly disappeared at least 26 writers, artists, bloggers and human rights defenders, according to the nongovernmental organization Chinese Human Rights Defenders.

While the majority of those abductees have been subsequently released, the whereabouts of at least three remain unknown: Lan Ruoyu, a Chongqing-based graduate student missing since Feb. 27; Tan Yanhua, a Guangzhou City-based human rights activist missing since Feb. 25; and Zhang Haiboa, a Shanghai-based blogger abducted by police on Feb. 20.

Victims are often violently abducted, denied their right to due legal process and contact with loved ones or lawyers, and are at high risk of torture while in custody. The majority of those ultimately released after they have spent lengthy periods “disappeared,” such as the once-outspoken human rights lawyer Teng Biao, have been intimidated — or worse — into uncharacteristic silence and seclusion.

More from China: How China silences its fiercest critics

Those intimidation tactics were illuminated in recent Twitter posts by Liu Shihui, a Guangzhou-based human rights lawyer snatched at his home on Feb. 25 and held in unacknowledged detention by security forces for 108 days, until June 12.

Liu described a regimen of forced sleep deprivation, interrogations and “abusive threats,” which have had a profound impact on his health. “Now I have all sorts of illnesses,” Liu tweeted on Aug. 21. “I can only sleep four or five hours a day, and I can't get back to sleep after waking at two or three in the morning.”

Enforced disappearances are nothing new in China. For years, government officials, security forces and their agents have used enforced disappearances in the ethnic minority regions of Tibet and Xinjiang as well as to purge China’s city streets of petitioners — rural residents seeking legal redress for local abuses of power.

Every year in Beijing alone, thousands of petitioners are abducted, detained and subjected to appalling abuses in a network of secret, illegal detention facilities known as “black jails.”

Despite several state media reports of black jail abuses, the government has never admitted they exist and in the vast majority of cases has neither abolished them nor punished the abusers.

Gao Zhisheng, a lawyer who took on some of China’s most controversial causes, including defending miners denied their labor safety rights, and religious minorities like the Falun Gong and underground Christians, is a case in point. His enforced disappearance in February 2009 highlights the Chinese government’s flagrantly thuggish willingness to disappear high-profile dissidents despite unrelenting foreign and domestic criticism.

Gao re-emerged in his Beijing apartment in early April 2010 but vanished again days later, apparently back into official custody. His location, health, and circumstances remain unknown.

An even more sinister development has been the willingness of some foreign governments to facilitate the Chinese government’s moves to disappear citizens who seek refuge overseas.

International law forbids governments from returning people to situations where they are at risk of persecution or torture. China’s record of torture, enforced disappearance, and arbitrary detention of Uighurs, a predominantly Muslim ethnic minority who have long suffered state discrimination and other abuses, puts them at particular risk.

More from China: Does China have a radical Islam problem?

Nevertheless, on Dec. 19, 2009, the Cambodian government forced 20 Uighurs onto a Chinese government plane in Phnom Penh. The Uighurs were flown back to China and disappeared into official — if unacknowledged — custody. Since then, the only whisper of the fate of the deported Uighurs — who included two infants — was an unconfirmed report in mid-January 2010 that some of them had been sentenced by a Xinjiang court to verdicts that included the death penalty.

Foreign governments should resist efforts by the Chinese authorities to leverage its growing economic power and diplomatic heft to broker foreign complicity in abusing the rights of its citizens.

And they should be mindful that the Chinese government’s efforts today to tinker with its legal system to undermine its domestic and international legal obligations raises serious doubts about its reliability as a partner for long-term, mutually beneficial economic, security and diplomatic relations tomorrow.