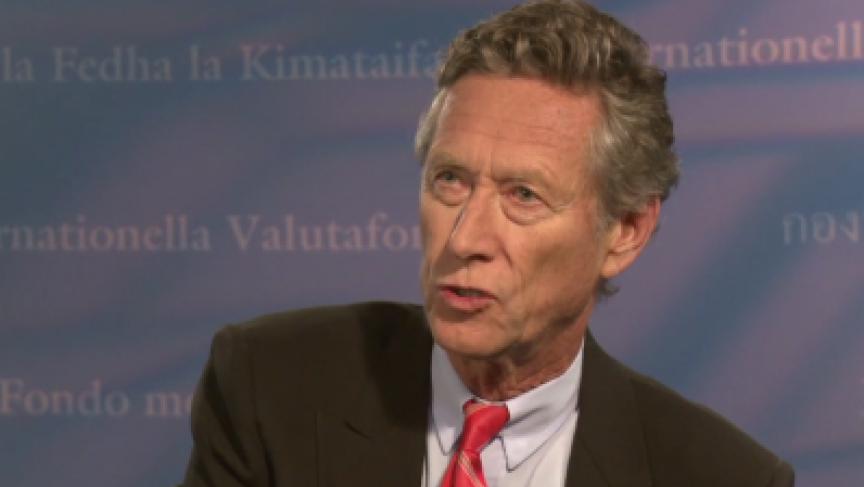 The global economy has entered a “dangerous new phase,” according to a report released by the International Monetary Fund on Tuesday. The IMF also warned that the continuing economic woes in both Europe and the United States could drag those economies back into recession.

The grim news comes just after Standard and Poors announced that it was downgrading Italy’s credit rating. Meanwhile, the Greek government continues, amid protests, to try to find a way to keep from going bankrupt within the month.

The move to downgrade Italy’s credit-worthiness did not come as a total surprise. After all, the country has Europe’s second-largest debt level.

Italy has tried to address its problems recently by passing harsh, and unpopular, austerity measures. Those measures are designed to tackle the country’s deficit. On the growth side, however, Italy has not been quite as successful.

Giorgio La Malfa, former Minister of European Affairs for Italy, says that the problem is political, and that it rests with his old boss, Prime Minister Silvio Berlusconi.

For his part, Berlusconi says that the credit downgrade “didn’t reflect reality,” and he promised still further measures designed to kick-start economic growth.

But the move by Standard and Poors has quickly put one word back on people’s lips here in Europe — “contagion.”

“The timing is bad because the Greek situation has not been solved,” says Marc Lansonneur, an analyst with Société Générale Private Banking.

“You’re just adding gasoline onto the fire, and that means the markets are going to be more volatile, and investors are going to have negative sentiments.”