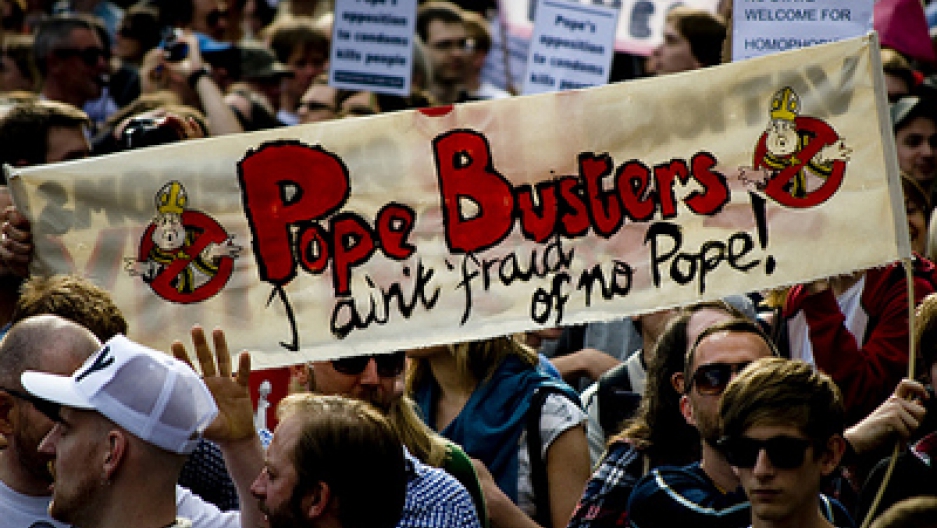 Two American advocacy groups representing victims of sexual abuse by Catholic priests have filed a complaint with the International Criminal Court, asking it to investigate Pope Benedict XVI and three other top Vatican officials for covering up the rape and sexual assault of children by priests.

The two groups, the Survivors Network of Those Abused by Priests and the Center for Constitutional Rights, believe the pope and his officials have committed crimes against humanity for how they have mishandled the issue of abuse on a global scale. Laurie Goodstein, the religion correspondent for the New York Times, reported that these advocacy groups say there have been "systematic and widespread abuses."

"They're saying there is a systematic effort on the part of Vatican officials to move priests around who they know have been abusers in one country, move them to another country, to fail to remove them, to fail to turn them over to law enforcement," Goodstein said.

Many of the sexual abuse cases presented as part of the complaint took place before Pope Benedict XVI assumed power. But during the reign of Pope John Paul II, Benedict was in charge of the administration that oversaw abuse cases.

"At least since 2001-2002, [Pope Benedict] has at least had primary responsibility for these cases," Goodstein said.

Because the Vatican is its own nation and the cover-up decisions were part of Vatican policy, the case falls under the purview of the ICC. In the past, though, the ICC has rarely taken up other cases similar to this one--making the likelihood of charging the pope very slim.

"It's unlikely that the court will take this up, but they won't be able to dismiss it easily. They may have to open up a preliminary investigation," Goodstein said.

Even if the case does not make it to the ICC, Goodstein says that individual countries might take action against the Vatican. Before the pope's visit to England and the United Kingdom, where a large number of the abuse cases originate, there was an effort to release an arrest warrant for the pope. That operation fell through.

"But there are experts in criminal law that say that is a more likely scenario than the International Criminal Court taking the case," Goodstein said.

The Vatican has made no comment on the case.