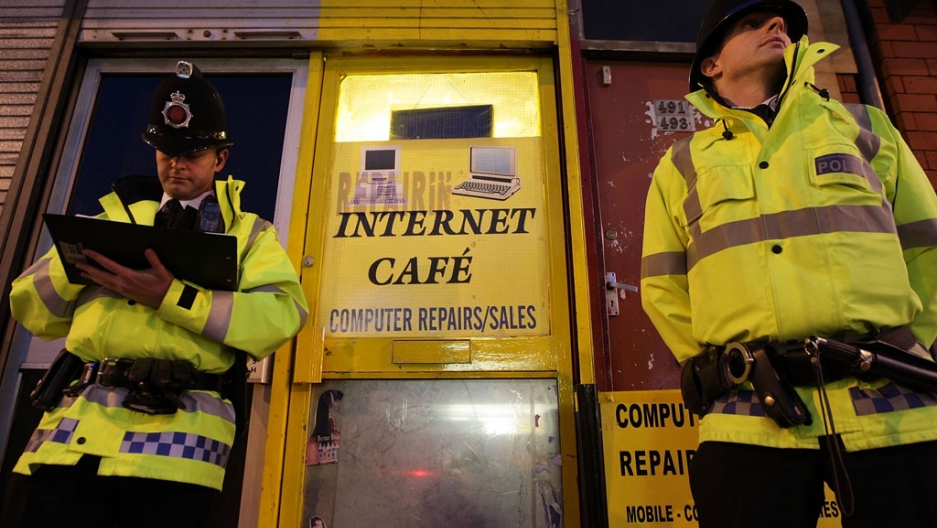 BRUSSELS, Belgium — In Europe, just as in the United States, it is a somber weekend, as Europeans honor those killed in the 9/11 attacks, more than 100 of them citizens from European Union states.

On that tragic day in 2001, Europeans were no less horrified than Americans by the Al Qaeda attacks that were carried out on U.S. soil but aimed at all the West. NATO allies rushed to invoke their Article 5 on collective defense for the first time ever, declaring an assault on the U.S. to be an assault on them all.

“This was a crime against humanity, the gravity of which must not be forgotten,” said Thomas Hammarberg, the Council of Europe’s Commissioner for Human Rights. “Respects should again be paid to those who lost their loved ones, acknowledging that their pain endures.”

But the 10th anniversary look back has been sobering in Europe beyond the revisited feelings of shared shock and sadness. In Brussels, some EU lawmakers and civil-rights activists say the post-attack solidarity with the U.S. led to poorly conceived counterterrorism policies that undermine European principles, punishing innocent people instead of potential attackers.

Nicolas Beger, director of Amnesty International’s Brussels office, urges remembrance of the “indiscriminate murder of thousands of people by terrorists", but is drawing attention on this anniversary to the "widespread flouting by European governments of long-held standards of respect for human rights in response to these heinous crimes.”

Beger said a 10-year review of the behavior of EU governments after the attacks since 2001 can be summed up as a “decade of eroding human rights, a decade of evading accountability for it and a decade of complete EU silence on this.”

One EU leader who's far from silent on the matter is European Parliamentarian Sophie in’t Veld; "scathing" would be a better description. “We will be remembering the victims of 9/11 in these days to come,” the Dutch lawmaker said last week. "But we should also think of the people in Europe decades ago and more recently who have given their lives to fight for democracy and freedom and civil liberties, because if we abandon what they have created then we betray them too.”

In't Veld says policies put in place after the attacks, often at the behest of the Americans, are defeating their own purposes, not having an impact on terror groups. The author of a report to the European Parliament, in’t Veld will next week ask the legislature to approve her proposal demanding a reprioritization of civil rights in counter-terrorism policy of the bloc.

Almost a dozen other countries are accused of facilitating the CIA processes. Few have admitted any involvement even after reports by Swiss politician Dick Marty submitted to the Council of Europe, a 47-nation body focusing on human rights.

The Council of Europe’s Hammarberg emphasizes he’s not faulting the sentiment that led Europe to deepen its cooperation with the U.S. after 9/11. “This unity of purpose was absolutely crucial,” he said, to catch and punish the perpetrators and prevent further such acts.

But when the governments’ actions themselves have come under scrutiny, he says, European states have “acted in line with the wishes of the U.S. to prevent proper investigations, and particularly judicial scrutiny” of their involvement in CIA practices.

“The message is clear,” Hammarberg laments, “good relations between the security agencies are deemed more important than preventing torture and other serious human rights violations.”

EU counterterrorism coordinator Gilles de Kerckhove confirms there are now good transatlantic relations, but he doesn’t see the downside. “It’s amazing,” de Kerckhove said, reviewing the past decade, “the changes, the improvements we have achieved in the field of security, both in the EU and in the cooperation we have with third states, especially with the Americans.”

De Kerckhove asserts that, thanks to the increased collaboration — along with the Afghan war effort, American drones and Pakistani army strikes — “we can say today that an attack of the scale and sophistication that we had on 9/11 is no longer possible.”

Asked if he deemed any American techniques too extreme, de Kerckhove demurred. “I don’t see any instrument which would be too intrusive,” he said, though he did join other EU officials in criticizing the existence of the Guantanamo Bay detention center and the failure to close it.

De Kerckhove believes what he sees as the absence of an Al Qaeda element in the Arab Spring uprisings is very significant. “The fact that people were peacefully demonstrating in the street to get rid of autocratic government, to ask for more democracy, more freedom, for respect for human rights, for reduction of corruption, and not using violent means or any reference to Al Qaeda is in itself a sign of the complete failure of Al Qaeda rhetoric,” de Kerckhove said.

Sophie in’t Veld looks at the same scenario and fears it may be Western rhetoric that fails. She says the lack of accountability in EU governments for questionable actions in the “War on Terror” has damaged the bloc’s “moral authority.” If the EU accepts that a “bit of waterboarding is actually OK, abducting people and rendering them to Syria in order to be tortured, that’s OK,” she said, “but you people, you people in the Arab spring, you need to respect democracy, that’s not credible!”

She hopes a new push by the parliament will reopen, clarify and finally close these matters.

“The responsibility for this lies with the U.S. but we also need to clean up our own house,” agreed Amnesty’s Beger. “Terrorism is not okay but our response to it has to observe human rights because that’s exactly what we want to defend.”