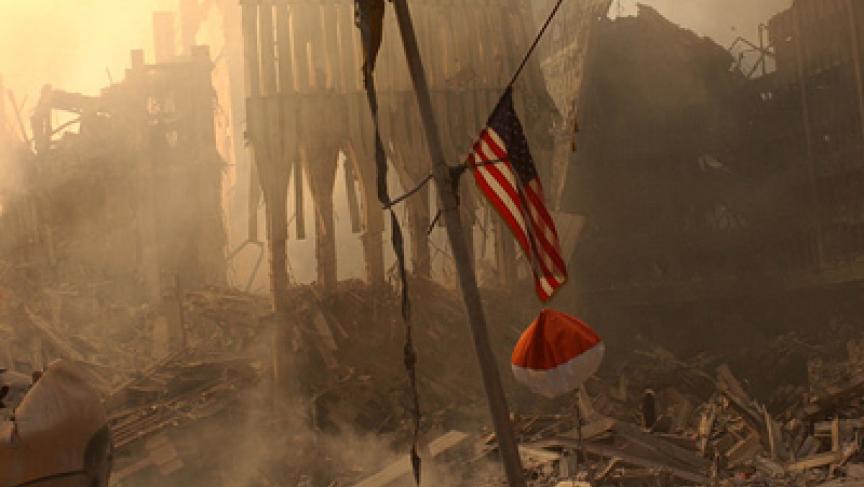 One of the most compelling and award-winning documentaries to appear on national broadcast, "9/11" captivated viewers with on-the-ground footage from the day's tragedy. Hosted by iconic New Yorker Robert De Niro, the documentary ushered a grieving nation through the terrifying events of the day with minute-by-minute coverage. "9/11" originally aired on CBS, marking the first anniversary of the terrorist attacks. But now, 10 years later, the film's documentarians, brothers Jules and Gedeon Naudet, have remade it.

"The reason why we decided to revisit this film and re-interview everyone at the firehouse is because two of our friends, two of our firefighters, passed away this year," Gedeon Naudet said. The Naudet brothers said these firefighters had died due to cancers linked to the toxic fumes and conditions of working at Ground Zero in the aftermath of 9/11.

"We had to let the American people know what was happening to the firefighters who are today dying and nobody seems to care about that," Gedeon Naudet said.

In 2001, Jules and Gedeon Naudet had spent the summer with New York City's Engine 7, Ladder 1 firehouse originally to make a film about a rookie firefighter. One Tuesday morning in September, Jules Naudet heard a roar overhead and as he pointed his camera upward, he caught the only documented footage of the first plane hitting the North Tower of the World Trade Center. While most of Manhattan ran away or stood frozen in fear, the Naudet brothers went furhter downtown -- with Jules Naudet entering the North Tower as it was burning.

Remembering his experiences in the tower, Jules Naudet recalled that the horrific events unfolding before him were so unsettling that he could only handle the scene by watching it through a lens.

"Keeping filming became almost a drive, a defense mechanism because if I kept filming and kept looking at the images through that little screen on the side of my camera, it was not happening to me," Jules Naudet said. "I was looking through a window so I could protect myself from going crazy."

Athough originally from France, the Naudet brothers have found that New York City is more home to them than anywhere else.

"We arrived at that moment where we're no longer French, we're no longer American. I think we call ourselves more New Yorkers -- never more than on September 11 where the city really showed its true colors," Jules Naudet said.

View the original 2002 version of "9/11" and an exclusive interview with Jules Naudet at The World's Web site.