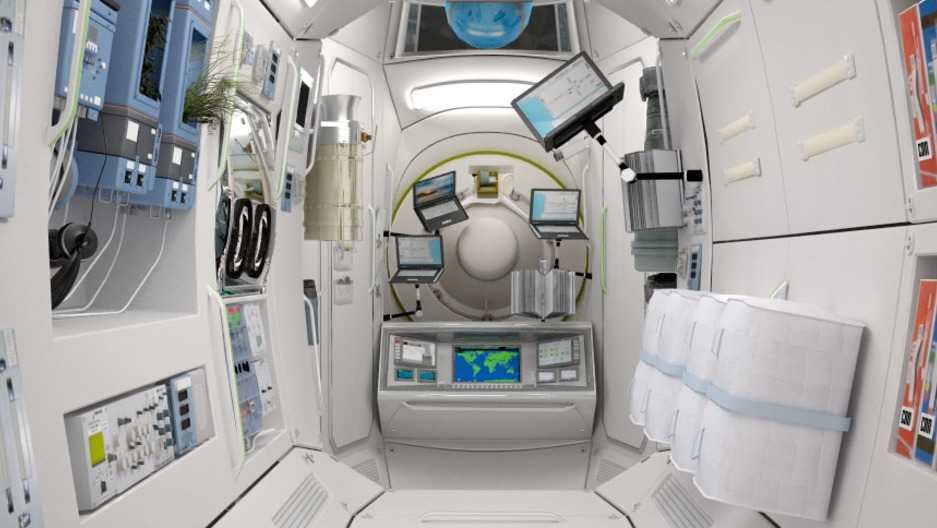 Share
By Jessica Golloher A Russian firm has unveiled its plans for an orbital hotel within five years and space tours to Mars by 2030. The news comes as Russia has grounded its Soyuz rockets after an unmanned cargo vessel, bound for the International Space Station, failed to launch into orbit. It sounds like something out of the future. But Russian space company Orbital Technologies says it has plans to launch an unprecedented space hotel for tourists by 2016. Company officials say travelers will be shot into space on a Soyuz rocket and will orbit 217 miles above earth. It'll have four cabins and will be able to hold up to seven passengers and have massive windows for expansive, intergalactic views. "The main purpose will be space tourism, to house people," Orbital Technologies Chief Operating Officer Sergei Kostenko said. "It will be designed and built in such a way that will provide the most comfortable conditions possible for the tourist's space stay." The scheme isn't as far fetched as it sounds. Orbital Technologies is a subsidiary of a partly state-owned company, which sent tourists to the International Space Station until last year. Kostenko says the hotel will be aimed at wealthy individuals and those working for private companies who want to do space research. "The initial cost of a trip to the hotel will be about $50- to $60-million, which is about the same cost as a flight to the International Space Station. Hopefully in the future the costs will drop," said Kostenko. Kostenko says the price of a five-day stay at the orbital hotel for a space tourist would be about $1 million. Company officials say the proposed hotel will be more comfortable than the International Space Station, but it won't be luxurious. Visitors to the hotel will have to use vacuum toilets, take sponge baths and likely eat space food. Though some say the freeze-dried fare may be along the lines of braised veal cheeks with wild mushrooms, white bean puree, potato soup and plum compote. Many experts are skeptical that the Russian company will reach its goal of opening the orbital hotel by 2016 due to lack funding. Another problem may be the rocket itself. Russia has grounded its Soyuz fleet after an unmanned cargo vessel headed for the space station failed to reach orbit and crashed in Siberia. It was the 44th launch of a Progress supply ship to the space station — and the first failure in the nearly 13-year life of the complex.