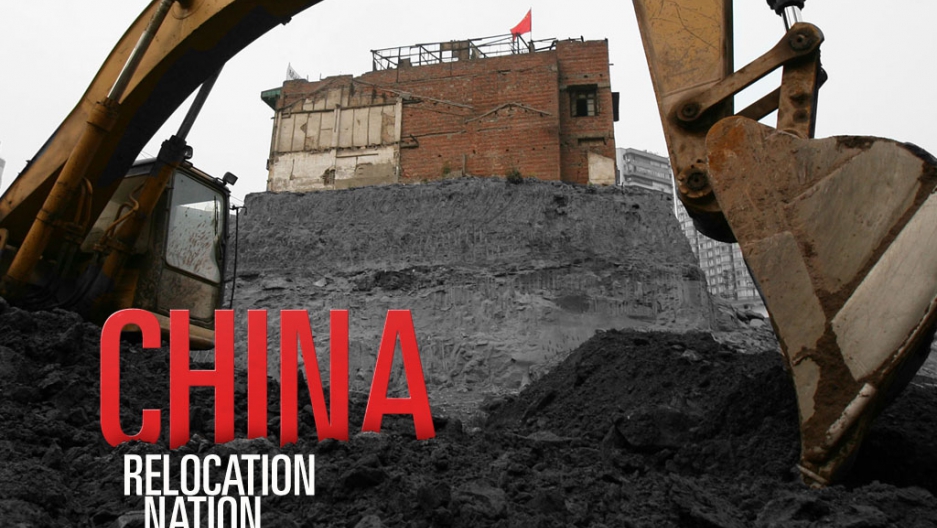 CHONGQING, China — When China launches ambitious projects to conquer nature and astound the world, people always get in the way.

In the country’s headlong drive toward development, moving large numbers of people quickly and often painfully goes hand in hand with building the world’s biggest dam, the longest stretch of high-speed rail, even re-shaping whole cities.

In the best-case situations, those who get moved end up with nicer homes, indoor plumbing, access to services and cleaner living conditions. The dark side is that frequently the relocated become internal migrants mired in debt, without farmland or income.

“Eventually, every forced migrant in China becomes a refugee,” said Chen Zongshun, author of an investigative book about the 1.5 million people relocated for the world’s biggest hydropower project, the Three Gorges Dam on the Yangtze River.

A study this spring says demolition and forced relocation are the biggest flashpoints for social unrest in China, even more than toxic pollution or labor issues. With an estimated more than 180,000 protests per year in China, that’s certainly not lost on a government that now spends more on domestic security than its military budget.

Perhaps this level of unrest shouldn’t be a surprise when one considers just how many people have been moved, and lost farms and families in the process, with little or no recourse. Thousands of them flock to Beijing every year, seeking redress for lost homes and farmland, often forced back to the provinces with nothing, or having spent a few days in jail. Even those thousands displaced for the destruction of old parts of Beijing had troubles.

In June, official media reported on a study from the Research Center for Social Contradiction, which called forced demolition and relocations “a spike point among all conflicts in Chinese society.”

This year, China is embarking on its biggest relocation yet: A project to move nearly 3 million people in central Shaanxi province in part to get people out of dangerous, crumbling mountains but also to help divert the Yangtze River north.

It’s also continuing a plan to move nearly 400,000 nomads in Ningxia to cities. Both are billed as alleviating poverty through urbanization. If history is any guide, there will be problems.

From Beijing to Xinjiang and Shanghai to Yunnan, China’s methods of moving people out of the way for demolition, construction and development are remarkably similar. They start with logical, seemingly fair plans for moving and compensation; plans that often break down by the time the details are implemented on the local level.

Probably the best-known example of this collapse is the resettlement river town dwellers moved to make way for the Three Gorges Dam on the Yangtze River, mostly during the 1990s. Here, families who had farmed and fished for generations were turned almost overnight into city dwellers, many of them given new homes in provinces thousands of miles from their hometowns.

Initially, some resettled farmers could be found along the river happy about getting newer, nicer homes mostly paid for by the government. The system broke down quickly, however, and vast sums of the money meant to re-home people whose farms and houses were flooded was embezzled by government officials. By the end of the resettlement project, complaints and petitioners were everywhere.

The writer Chen estimates from his research that nearly one-third of Three Gorges migrants have left their new homes, most of them returning to Chongqing and the river areas.

Computer tech Chen Liang was 17 when his family was moved from the Three Gorges area to a city on China’s east coast, nearly 500 miles away. Now 24, he’s a quasi-legal migrant worker back in the river town where he grew up. He finished high school in his adopted town, but couldn’t wait to get back to Chongqing and left as soon as he was old enough. His family, once farmers on the Yangtze, is now spread across the country.

“Nobody really wanted to move from the Three Gorges area. This was always our home,” Chen says. “We already had houses and were told we had to spend our own money and buy new houses. Nobody wanted it.”

Officially, Chen is a registered resident of Jiangsu province. But like many thousands of Three Gorges migrants, he lives and works back near his roots around Chongqing.

In May, Beijing took the huge step of admitting there are “major problems” with how the dam was executed, including problems with the resettlement of those known as “Three Gorges migrants.” Because the massive dam and reservoir so unsettled the earth, the government now says it will need to move nearly half-a-million more people out of harm’s way.

The big-show propaganda days of the Three Gorges resettlement are long gone, however, and those who need to be moved now, in this last wave, are waiting and going into debt.

In Yunyang, which has been labeled by some Chinese media as a “failed relocation city,” 37-year-old Guan Xiaonian thought he had escaped the fate of Three Gorges migrants. His family farm was high on a mountain, in no danger of flooding.

This spring, a landslide tore away part of the home, rendering the place unlivable. His five-member family now rents an apartment in town, paying cash out-of-pocket. Guan says he’s been promised a few thousand dollars in resettlement funds from the local government, but the money won’t come until his house is finished and it will take him five years to earn enough to meet that goal. The government compensation covers less than one-seventh of the price of buying a new, safe place.

Here at the western end of Three Gorges reservoir, people like Guan are called “mountain migrants,” as opposed to the “dam migrants.” He says the mountain migrants — those half-million needing to move because of dam-related landslides — are in a doubly difficult situation.

“Our situation is worse because we can’t afford to buy anything, no matter what,” says Guan, explaining that housing inflation has priced mountain migrants out of the market.

During the Three Gorges relocation, tiny Dachang village gained a national reputation for fighting the project. It demanded fair compensation for villagers who lost homes, and village leaders spent time in jail for their defiance toward higher officials.

Even today, years after old Dachang was submerged under the Yangtze, its best-known dissenters remain under heavy scrutiny. One man who lost his dock and his fortune in the relocation mess had to cancel a planned meeting with GlobalPost in Dachang because he was warned the day before against talking to foreign journalists.

So far-flung are the Three Gorges migrants that many have ended up doing seasonal and temporary labor in places like Beijing.

One migrant, who didn’t want his name used for fear of retribution, initially came to Beijing to beg for help from the central government. He’s ended up living here for years, earning money on piecemeal jobs as a migrant worker. He’s also done several stints in jail and says he can’t get a government ID for his 7-year-old daughter. It’s a crucial document that will allow her to attend school and receive other critical services. He thinks it’s retribution, but he also thinks he’ll get by.

“They’re trampling on me,” said the man. “But I’m tough, I can still move a little with them trampling.”

That seems to be the overwhelming attitude across Chongqing among Three Gorges migrants. Many of those who complained and got in trouble a decade ago are old or dead; many others have been silenced.

In new towns like Yunyang, Wuxi and Wanzhou, all cities contained within the megalopolis of Chongqing, development, and life, move on.