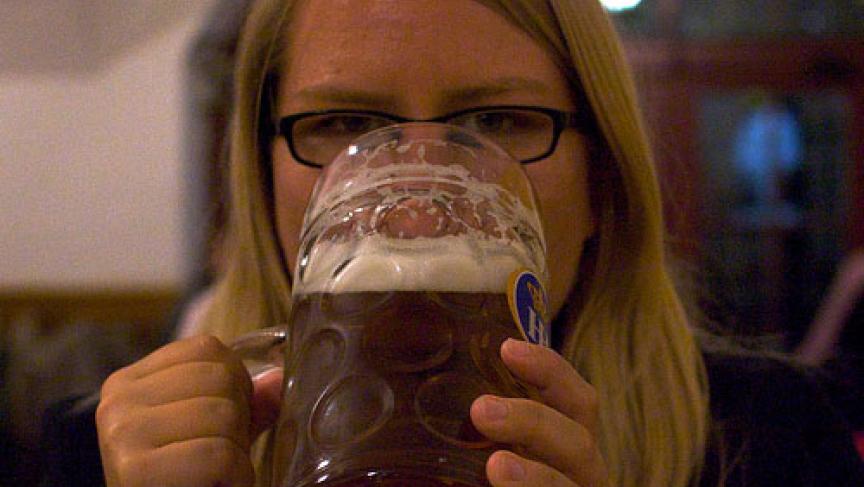 Fans of lagers may be happy to know that scientists have made a big breakthrough in lager yeast research. (Photo: Flickr user Travis Swicegood)

First brewed in Barvaria in southern Germany, lager is a clear, cold, fermented beer that requires a specific kind of hybrid yeast -- half European, and half something else. Scientists have just discovered what that something else is.

Researchers isolated the new species of yeast in the frozen forests of Patagonia in South America. Their discovery suggests that this yeast crossed the Atlantic hundreds of years ago and combined with one traditionally used in Europe to make ale. The discovery was part of a worldwide study on yeast and is described in the Proceedings of the National Academy of Sciences.

Chris Todd Hittinger, a genetic scientist at the University of Wisconsin and co-author of a study on lager yeast, made the discovery with his team while investigating different species of yeast around the globe.

Orange-colored galls, such as these pictured to the right, from the beech tree forests of Patagonia have been found to harbor the species of yeast that makes lager beer possible. (Photo: Diego Libkind.)

On The World, Hittinger explained the way the mystery yeast hybrid would have traveled across the Atlantic:

"With trans-Atlantic trade going back and forth, there would have fruit and juices and ferment beverages going back and forth and fruit flies tagging along on the ships too. Either on the fruit or on the fruit flies, or on the wood itself, seemed probable carriers from the forest of Patagonia, eventually into port cities of Europe, and eventually on to Bavaria to form a hybrid that would have had a colder temperature preference than the traditional ale strains."