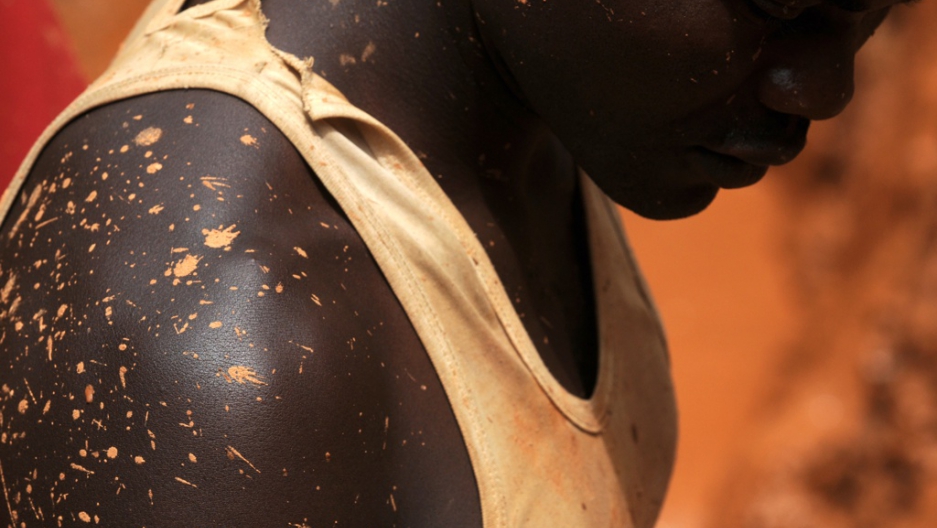 The new Dodd-Frank legislation that passed the U.S. Congress seeks to end trade in conflict minerals from Eastern Congo. Here a man working in a gold mine is pictured on February 23, 2009 in Chudja, near Bunia, north eastern Congo.
Credit: Lionel Healing
Share

WASHINGTON -- What do corrupted Congolese warlords and Washington lobbyists have in common? They’ve joined forces to become the biggest obstacle to development and stability in eastern Congo.

The Securities and Exchange Commission (SEC) is finalizing regulations on the conflict minerals provision in the Dodd-Frank Act. These regulations will either impose accountability on industries sourcing conflict minerals from Congo, or will delay the implementation of the law for up to three years, stalling progress toward creating corporate social responsibility or mitigating mass atrocities in Congo.

Corporate interests, including the U.S. Chamber of Commerce and the National Association of Manufacturers (NAM), as well as regional actors who profit from the illicit trade in minerals, have increased their jabs at human rights groups who support the conflict minerals provision of Dodd-Frank and who are pressing the SEC to adopt strong rules to implement the legislation and create a clean, transparent supply chain.

In one corner stands a coalition of Congolese civil society groups, including faith groups and women’s organizations, pleading for peace, stability and opportunity through a legitimate mining sector; international human rights groups pushing western governments and industry to be accountable for their impact; and a growing constituency of concerned students, religious groups, and consumers in the U.S., Europe, and Asia who do not want their electronics or automobiles to fuel war and rape in developing nations. The resources at their disposal are their minds, voices, and creativity in drawing attention to a situation that has contributed to the deaths of over 5.5 million people in the last 15 years and which senior U.S. officials call “one of the greatest moral issues of our time.”

In the other corner stand vested interests: corrupt Congolese and Rwandan government officials who profit from the instability and violence associated with the minerals trade; local and international mining companies and mineral industry groups who have preyed on the region for decades, able to benefit from the lawlessness and exploited labor — including child labor — that allows them to source, sell, and process cheaper materials than those produced in other parts of the world; Congolese and Rwandan national army officials as well as roughly 22 various rebel groups who all collaborate to control mines and exploit local communities; and electronics, automotive, and manufacturing groups represented by the Chamber and NAM, who decry the expectation that publicly traded companies account for where they source their materials.

Tellingly, many of the consumer electronics companies who have borne the brunt of activist campaigning on conflict minerals have also demonstrated that it is possible for businesses to behave responsibly. Companies such as Hewlett-Packard supported the legislation, and companies such as AMD, Apple, HP, IBM, Intel, and Motorola Mobility have taken steps to map their supply chains, garner industry resources to audit processing facilities, and pave the way for legitimate sourcing of minerals within Congo and the region. Their leadership provides a clear indicator that industry has no intention of abandoning the Congo.

But even as companies are showing that this is “doable,” lobbyists are misrepresenting the situation on the ground. They misplace blame for Congolese suffering on the initiatives of Congress, backed by human rights advocates. Centuries of slavery, exploitation, corruption, and the mafia-like DRC government are actually to blame.

The lobbyists’ goal is to convince the SEC to stall, water down, and deregulate the law aimed at providing accountability for companies who source from the region and have been funding one of the worst conflicts of our generation.

Have miners been affected by the decrease of buyers in region? Yes. In an environment where mining is one of only a few sources of income, when mining output decreases, miners work less and therefore make less money. Those who depend on an economy around the mines, such as women selling food to miners, are also affected.

Have miners lost jobs? That depends on how one defines “job.” If the definition is risking one’s life in a crowded and shoddy mine shaft collecting ore, then walking for two days through the jungle with a 110-pound sack on one’s back for $3, being taxed by multiple armed groups along the way, not having enough money left to buy food, shelter, education or healthcare for one’s family, then yes, miners are losing jobs. But wage slavery is not a livelihood.

Some miners affected by the decrease in production have begun turning to agriculture, a livelihood that supported the region prior to the minerals boom. Some migrant miners have begun to move south to Katanga Province, where legitimate extraction is taking place. And as reforms towards legitimacy and accountability continue to take hold in the Kivus, both migrant miners and mining communities will benefit from less armed interference, forced labor, and illegal taxation. At the height of the conflict minerals trade, the booming “economy” mostly benefited local politicians, armed actors, and external exploiters, who used the cover of the plight of artisanal miners to protect their own interests. The provincial governments and warlords reaped tens of millions of dollars per month, not including illegal taxation. Yet they provided no roads, schools or health care, and almost no electricity or running water.

For the SEC or members of Congress to kowtow to the threats of the lobbyists and the Chamber of Commerce and take no action is cowardly at best and a colossal waste of taxpayer dollars, private sector capital and human lives at worst.

Aaron Hall is a policy analyst for the Enough Project, an anti-genocide group in Washington, D.C.