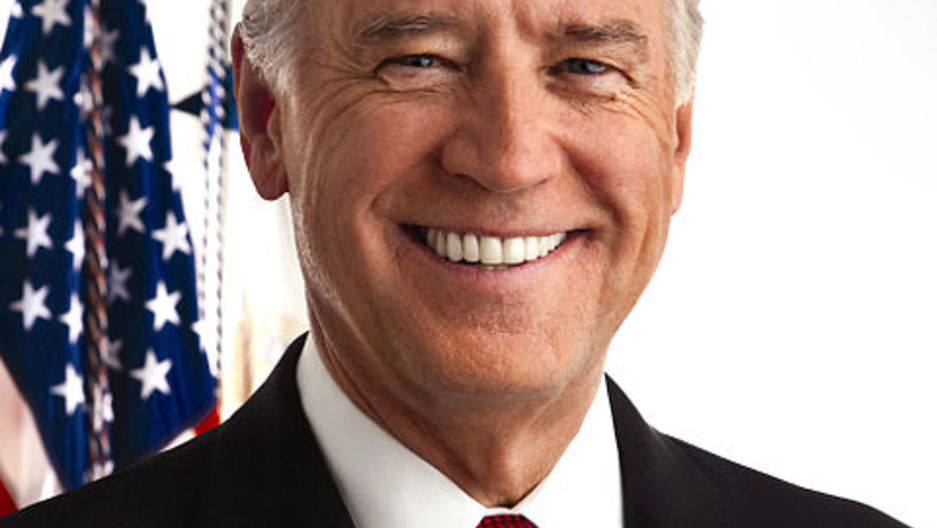 Share
As global stock markets swooned, Vice President Joe Biden assured Chinese leaders in Beijing on Friday that the United States will honor its debts. He also assured them that Chinese investments in U.S. Treasuries are safe, and that other Chinese investment is welcome, too, especially if it creates jobs. It was all part of the American vice president's four-day visit to China. Biden's affable manner seems to be connecting with the Chinese — online, where bloggers have been buzzing about how he had lunch in a noodle shop — and in the halls of power, where both President Hu Jintao and Premier Wen Jiabao welcomed him Friday. "I see we were born in the same year," Wen said. Biden looked around at the opulent meeting hall and joked, "Now I know why even though we were born in the same year, you look so much younger." Biden even managed to make the usually pokerfaced President Jintao crack a smile. But Biden also had a serious message to deliver. "To get straight to the point, Mr. President, President Obama asked me to come to Beijing to meet with you and others, to reaffirm our commitment to a strong and enduring positive relationship with China." Jintao said Biden's visit will help build that relationship. The Vice President is spending much of the visit with China's Vice President Xi Jinping, who's eventually expected to succeed Jintao as president and community party chief. "We shoulder ever more important common responsibilities," Jinping told Biden. He added that people in China, the U.S. and around the world want to see more U.S.-China cooperation. Biden said he hopes that includes more Chinese investment in the U.S. "President Obama and I, we welcome and encourage and see nothing but positive benefits flowing from direct investment in the United States from Chinese businesses and Chinese entities. It means jobs. It means American jobs." Jinping said China is confident in the United States as a place to invest, a departure from what has been said recently in state-run media, and by other Chinese leaders. Jim McGregor, a Beijing-based business consultant, said the other statements were for a domestic audience. This was for an international one. "Part of that may be [Xi's] personality," McGregor said. "Let's hope we have a new Chinese leader coming in who's looking to be more cooperative than confrontational. But he also knows the world's watching, so he knows it's time to send the message, 'we're going to get along with each other and make this work'." The last couple of years have been a little rocky on that count, with charges against China of protectionism, piracy and cyber-espionage, and concerns about China's growing military might, and aggressive rhetoric. A different kind of aggression came out last night in what was supposed to be a round of basketball diplomacy. A friendly game between China's People's Liberation Army team, Bayi, and the Georgetown University Hoyas turned into a brawl. Sarah Burton was at the game. The Chinese team is known for being aggressive, and last night they lived up to that, Burton said. "A player from the Hoyas team was on the ground, and one of the people from the Chinese team tried to stomp him with his heel," she said. "That's when the bench completely emptied. When they saw that, that was it. Chairs were thrown, signage was thrown, and it got violent." White-gloved Chinese security stood by and did nothing. Eventually, the Georgetown team left, with Chinese fans throwing trash and full water bottles at them, and the game was indefinitely suspended. Not exactly auspicious, in the middle of a high-level visit meant to build the kind of U.S.-China cooperation each country needs in the middle of a global economic crisis. The Chinese censors kept the story out of the local media. Chinese Central Television led Friday with 15 minutes on Biden's visit. The visit continues Saturday, when Jinping accompanies Biden to the western province of Sichuan. The two men seem to be hitting it off. It just may help smooth a frayed China-U.S. relationship — at least enough for both sides to be able to use the other, to weather this latest economic storm.