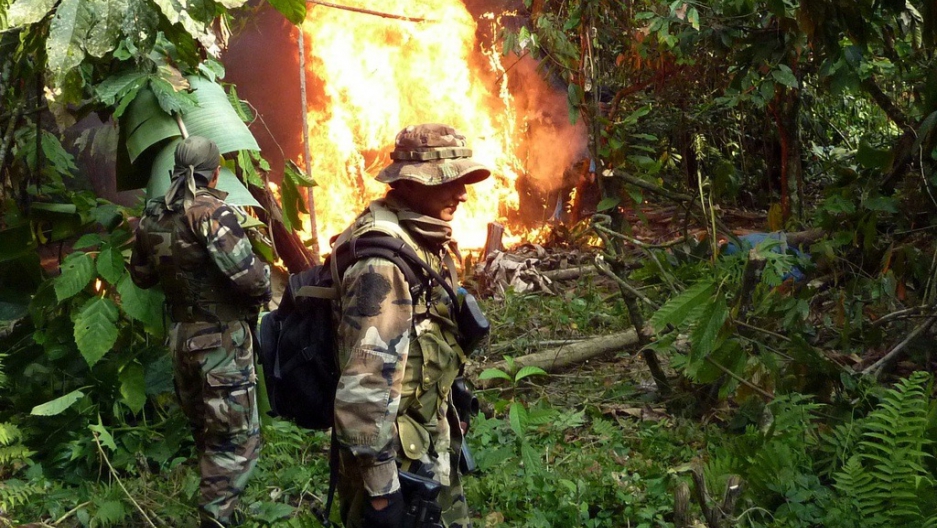 There's a lot being made of Peru's decision to suspend coca eradication.

The country's newly elected center-left government announced on Wednesday that it would temporarily halt its eradication program while it rethinks its anti-drug policies.

On the surface, this sounds like a step in the wrong direction for the U.S.-led "war on drugs." Peru is the world's second largest cocaine producer after Colombia, and the leading coca grower, according to the United Nations.

Drug expert Jaime Antezana said it was a "happy day" for drug traffickers, and that the announcement was bad news for drug-fighters, El Tiempo reports.

But will it really make that much of a difference one way or the other?

First, Interior Minister Oscar Valdes Dancuart told El Comercio that eradication will resume next week, which would mean that efforts won't have lapsed for that long.

Second, as Bloggings by boz points out, Peru's coca eradication program has largely failed. The program — funded by $70 million in U.S. money — has eliminated only a small percentage of coca grown in the country, and the amount of coca in cultivation is only increasing. (Check out a graph from Just the Facts.)

Boz argues, "That lack of results can't possibly be worth $70 million of US taxpayer money. [President Ollanta] Humala is stopping a program that isn't working and hasn't worked for over a decade. Good for him. There has to be a more effective way to spend the limited resources and it's time to try something different."

Peru's new anti-drug chief, Ricardo Soberon, said the government will look to better utilize U.S. funds, reports the Peruvian Times. But in suspending the eradication efforts, Peru seems not to have told the U.S. beforehand. "It would have been nice to have been informed in advance," the U.S. ambassador, Rose Likins, told reporters.

Peru hasn't said much about what new tactics it might adopt. Defense Minister Daniel Mora said in an interview with El Comercio that Humala plans to use satellite technology to aid in eradicating illegal coca and will encourage the cultivation of alternative crops. Humala promised in his inaugural address to continue the eradication of the drug.

This all suggests that Peru might not be winning the fight against drugs, but for reasons that extend far beyond this week's decision to suspend eradication efforts.

Read more: On a mission to legalize coca