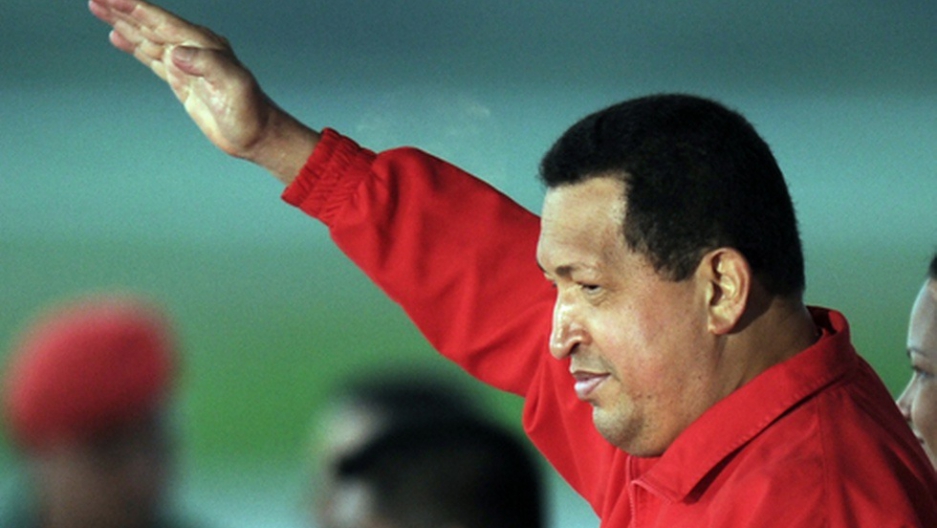 Looks like Hugo Chavez is already delving into his bag of pre-election tricks.

Chavez announced this week that he would nationalize the gold industry, and ordered home some 200 tons of gold the country had stored with European and American banks. The decision was taken in part, he said, because of the U.S. debt crisis and fears of instability in Europe. Chavez argued that the gold would be safer at home or with allied countries, such as China.

“I agree with bringing that home,” Chavez said on state television, according to Bloomberg. “It’s a healthy decision.”

Chavez already has plenty of cash—Venezuela sits on the largest oil reserves in the world. But with presidential elections coming next year, Chavez may also be looking to secure other assets as he prepares for his campaign.

If things go badly at home, or countries try to impose sanctions from abroad, they wouldn’t be able to touch his gold reserves. According to Bloomberg, an analysis by RBS Securities Inc. suggested the decision was part of the government’s political agenda, calling it “worrisome.”

It’s not much of a surprise. Chavez often rails against foreign interests that he sees as interfering with Venezuela. Last year, the government seized a French-Colombian grocery-store chain he accused of illegally hiking prices.

Chavez didn’t warn the only publicly-traded gold mining company in the country, Canada-based Rusoro Mining Ltd. about the decision, either. In a statement on Thursday, Rusoro said it had “no indication” that its agreement with Venezuela would change, adding that it assumed the government would focus only on curbing illegal mining activities.

The move will likely decrease transparency in accounting for the government’s reserves, which could lead to further corruption in a country already plagued by graft.

A recent report by Reuters said that PDVSA, the nation’s massive state-run oil company, nearly a half-billion dollars of the company’s pension fund was lost after it was invested in a Ponzi scheme by a financial advisor close to Chavez. The oil company funds the bulk of Chavez’s social welfare plans, from health care to arts programs, and is one of the largest oil companies in the world.

Despite the wealth of social programs, many troubles remain. The country is wracked with frequent power cuts, inflation remains high and still 29 percent of the population lives in poverty, according to the World Bank.

More from GlobalPost: Who holds the world's oil?