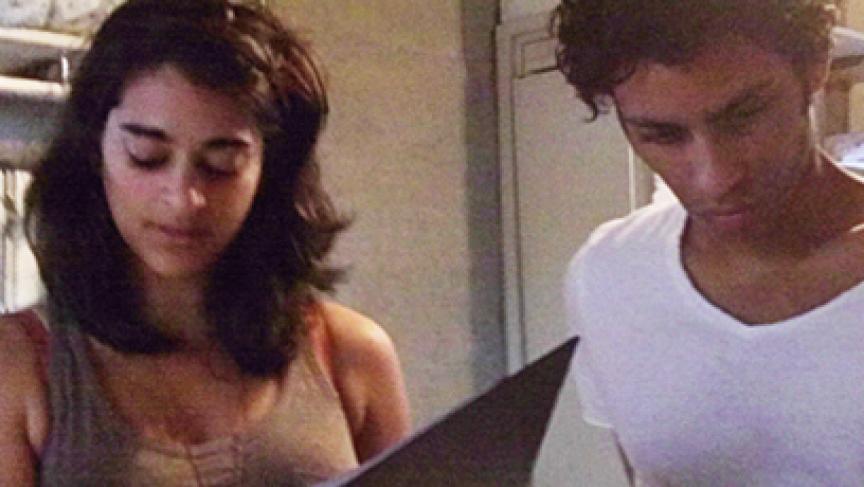 The coffee shop in the basement of the Royal Court Theatre is just opening up for the day, the first cappuccinos are being brewed.

Mohammad al-Attar settles into a seat near the back. He may have arrived here with Syria on his mind. But when he saw what was happening on London's streets, especially in the East End, al-Attar was shocked.

The playwright studied for his master's degree in London last year, and worked with the disadvantaged in some of the same neighborhoods hit by violence.

Al-Attar says has been dismayed by the reaction of his friends here. He says they refused to consider the underlying problems he saw: discrimination and a lack of opportunity.

"You have to condemn the criminal actions," al-Attar said. "Nothing justifies burning stores and stealing things, never. But also I think you cannot be that superficial in condemning this."

Al-Attar is hesitant to draw parallels with Syria, though he thinks in both cases, people are challenging existing class and social structures. It is easier for him to talk about his new play, even if he admits it was not easy to write.

"It was a tough task for many, many reasons. To write about something that is happening right now, in the moment, it was not any easy task at all. So I wrote many drafts."

The play is called "Online," and follows conversations between young Syrians as they live through one week of the uprising -- all of it by email.

For al-Attar, the play was a chance to reveal the details of the lives of the young people caught up in the tension of the times. It also reflects his own feelings every time he steps out the door to protest, especially since several of his friends have disappeared into Syrian jails.