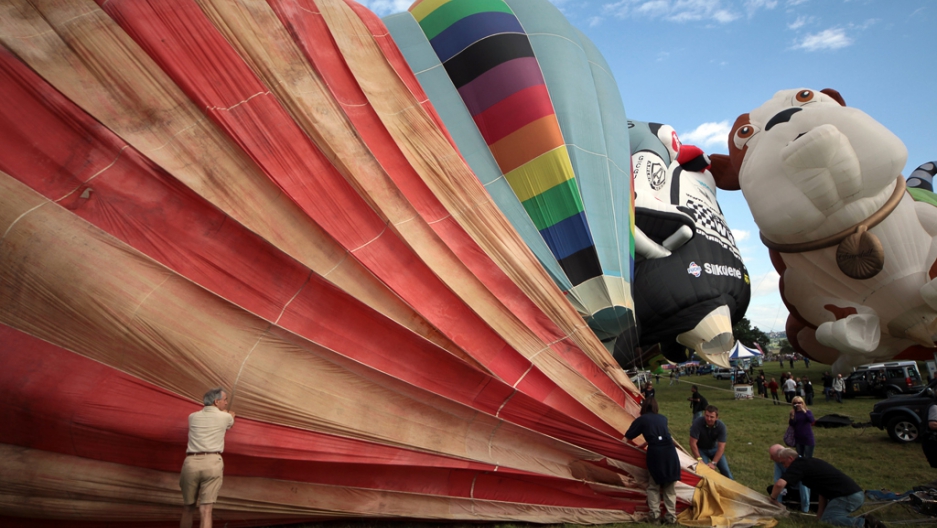 Balloonists help deflate the Bristol Belle, the first modern balloon in Western Europe that was built in 1967, at the Bristol International Balloon Fiesta at the Ashton Court estate on August 12, 2010 in Bristol, England.
Credit: Matt Cardy
Share

Held during August in Bristol, England, the Bristonal International Balloon Fiesta hosts as many as 100 colorful balloons as they take to the sky. This year upwards of 500,000 people are expected to attend the international four-day hot-air ballooning event. The event which started in 1978 now attracts balloon teams from as far as the United States, Dubai, France and Switzerland and runs until Sunday.

The event — first held in 1979 — is now one of the largest in Europe. One popular attraction is the "night glow," when balloons are inflated and glow to music after dark and are followed by fireworks.