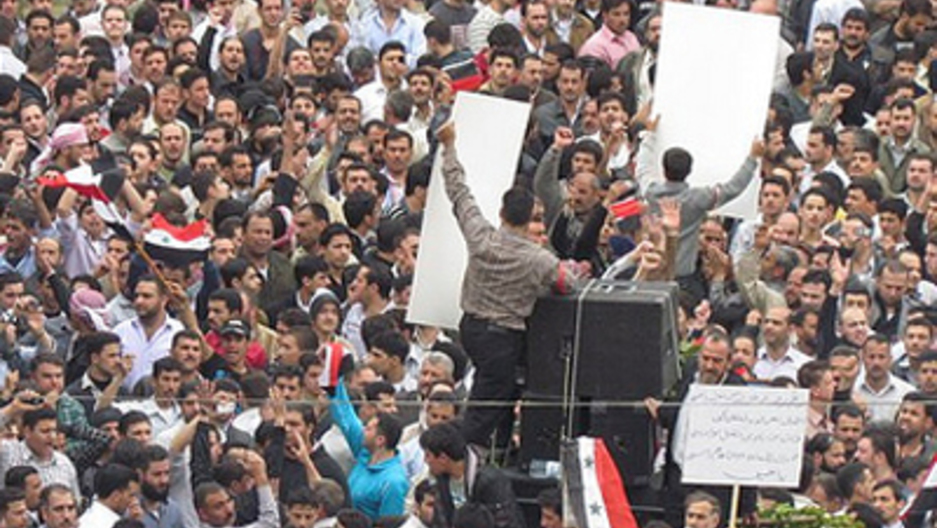 Story from PRi's The World. Listen to audio above for full report.

Military operations against demonstrators in Syria have escalated despite international condemnation. Several Arab nations, include Saudi Arabia, have withdrawn their ambassadors from Damascus.

The pressure on the Syrian regime has gone up a notch: the foreign minister of Turkey has demanded an end to the crackdown. He arrived in Damascus on Tuesday for talks.

According to Middle East and North Africa expert George Joffe, the visit is one of the most important meetings the Syrian president has had for some time.

Turkey, Syria's neighbor, is worried the troubles will spill over into its Kurdish areas, Joffe says, and "therefore, the Turkish foreign minister is anxious to demonstrate to the Syrians that they can't continue to ignore the views of their neighbors, and they're going to have to do something to bring the violence to an end."

Syrian President Bashar al-Assad has said he will not relent in pursuing what he calls "terrorist" groups.