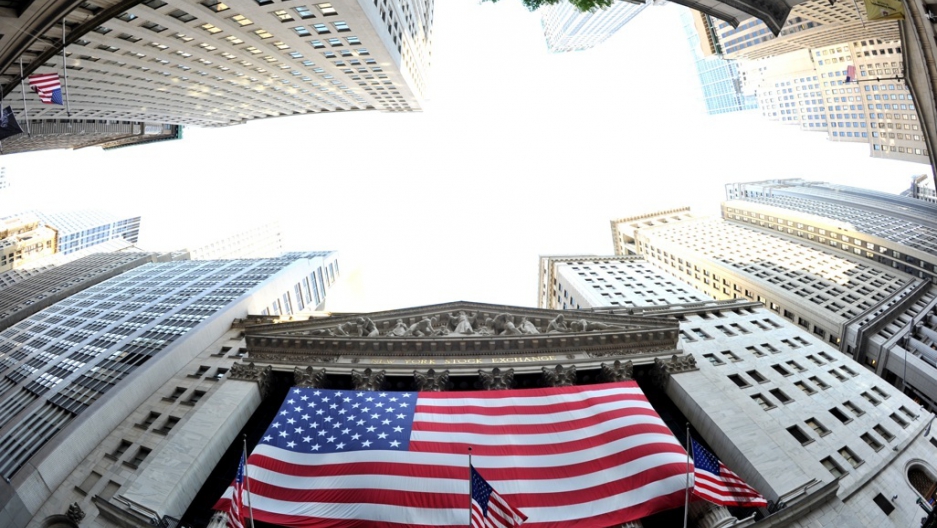 Call it what you want, but the U.S. and global markets on Monday were a complete disaster.

As Wall Street tumbled, pundits and prophets of doom pointed their fingers at the Standard and Poor's downgrade of U.S. debt.

Those on the political right pointed barbed tongues at President Barack Obama and his policies.

And by the end of the day, all the main stock market indexes on Wall Street pointed markedly lower:

All of this follows last week's carnage, when the S&P fell 7 percent, and the Dow dropped 6 percent.

So how should we think about this stunning day on the markets?

First, let's examine Obama's tepid response to the crisis on Wall Street, which came 53 minutes later than the White House said it would.

He spoke in mid-afternoon when the Dow was down about 3 percent. The market continued to drop as the president offered a string of politically correct platitudes, and very little in the way of practical prescriptions.

But political theater and blame games aside, there is one important reason why U.S. and global markets are a mess, and it doesn't have all that much to do with the S&P downgrade.

The U.S. economy, the world's largest, is in for some seriously slow growth for the foreseeable future. And there's very little that anyone can do about it.

By just about every measure, the U.S. economy is failing:

GDP growth in the economy this year is essentially flat.

While July's jobless report wasn't a complete disaster, far too many Americans remain unemployed or under-employed.

The U.S. housing market is still a mess.

Consumer confidence remains weak, a serious problem in an economy where two-thirds of economic activity comes from consumer spending.

And there's no help from around the world, either. Europe, a key trading partner for the U.S., is a debt-ridden nightmare. China, the world's second-largest economy, is slowing. Japan, the world's third-largest, is still reeling from the triple disaster of earthquake, tsunami and nuclear meltdown.

We don't have a debt crisis right now in the U.S. We have a growth crisis. And Wall Street knows it.

“Fear is rampant in the market right now, the fear that we will have a double dip recession,” Brian Youngberg, an analyst for Edward Jones, told the New York Times on Monday. “It is too early to call that, but once the fear bubbles up it can treat the market very harshly.”

Longer term, of course, the U.S. is struggling with a serious debt burden — an uncomfortable truth that the Washington, D.C. debt ceiling debacle and subsequent S&P downgrade made abundantly clear.

According to Nobel Prize-winning economist Michael Spence, growth and employment in the U.S. economy are beginning to diverge. The rise of China, India and other rapidly developing countries is creating permanent shifts in the structure of the U.S. economy; namely, highly educated American workers are finding opportunities, while those with less education struggle with worsening job prospects and stagnating incomes.

This is hardly a recipe for broad-based, consumer-driven growth the U.S. economy needs. It's a gutting of the middle class that, if left unchecked, could have a devastating effect.

"The United States should brace itself for a long period of high unemployment," Spence warns.

So what's the solution?

Most policymakers point to things that take time, cost money and, of course, add to the country's debt problems, such as sustained investments in education, infrastructure and new forms of cleaner energy that could help boost long-term economic growth.

So heads up, Earth: don't expect any help, any time soon, from the world's largest economy.

It's not coming to the rescue this time.

More from GlobalPost: A world awash in debt